Following our rather epic drive from the south coast up to the central plateau, we stayed in a paddock surrounded by horses. Apparently the views of Mount Ruapehu are incredible from here. I wish I could tell you that it was beautiful but we arrived in the dark and left in the dark. What I can tell you is that horses look terrifying in torch light...

Our shuttle to the start of the Tongariro Alpine Crossing left at 7am so it was another rude awakening followed by an immediate drive to the very busy Ketetahi carpark. We haven’t struggled to find parking since we arrived so this should have been a sign of things to come. 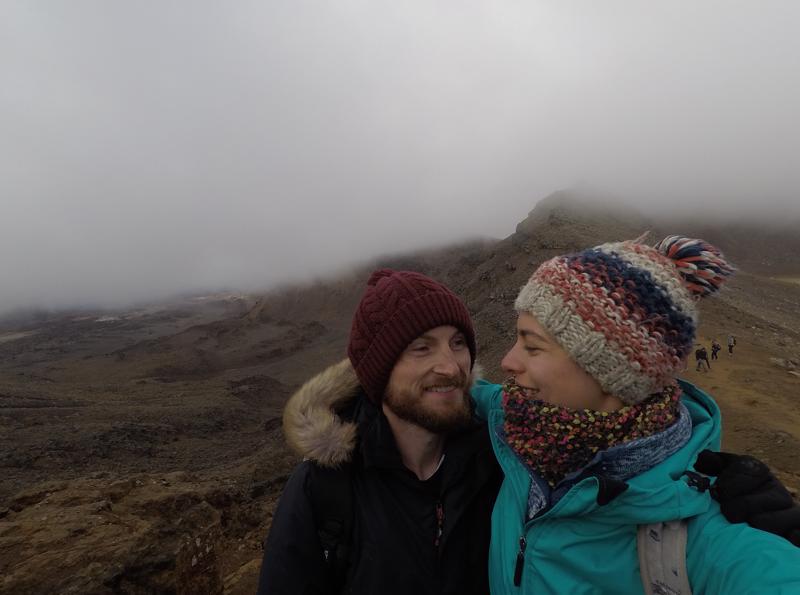 The New Zealand tourist board have certainly done some stellar work. Not content with ensuring that the Forgotten Highway is anything but, they also labelled a number of their hikes “Great Walks”. There are 10 in total, 3 of which are on the North Island and so are theoretically in reach. Having said that, one is a four day canoe epic (walk?) so maybe not for us... yet.

Clearly the “Great Walks” label draws people in. The northern circuit of Tongariro is one of these fabled treks and in opting to walk the shorter one-day crossing we would get to see a proportion of what all the fuss is about.

I’ll cut to the chase; the Tongariro Alpine Crossing is the perfect hike for you if you love queuing! It’s genuinely like a really cold festival. You spend most of your time waiting in line for the toilet and getting annoyed by the presence of other “festival goers”. Lining up to take photos of the landscape, we suddenly felt rather distant from the usual tranquility that hiking provides.

Like a festival however, all the irritation and lack of personal space is worth it when you see your favourite band take to the stage, or in this case the headline views from the worlds most popular 1-day hike. These include the many lakes en route ranging from “just

some orange mud” (think “band that you were intruigued by but left after a few minutes to see what else was on”) to “vivid and beautiful blue space-age lake” (band you didn’t expect much from but put on a cracking show). Unfortunately, we had horrid visibility at the peak of Tongariro and missed out on the Red Crater but it cleared up a bit by the time we started our descent. We were rewarded with great views of nearby Lake Taupo and even got to partake in some “shale skiing” on the way down. This completely made-up winter sport involves sliding down a mountiain side of loose gravel and trying not to break any bones. Good fun!

My personal highlight of the day was Jane’s comparison of all the lakes. This ended in the conclusion that the “red lake of soup” that we saw at precisely lunchtime was the greatest of them all, on account of it being far tastier than the sulphur-heavy volcanic tarns that surrounded us.

Having completed our mission, and wanting to escape the masses, we made a speedy exit from the Tongariro National Park and headed south to Ohakune for some well deserved rest. We stayed in The Station House, a popular skiers’ rest. This was by far the best decision of the day! The perks of being a ski resort out of season are that they have a fire and a hot tub and, most importantly, hardly any people! 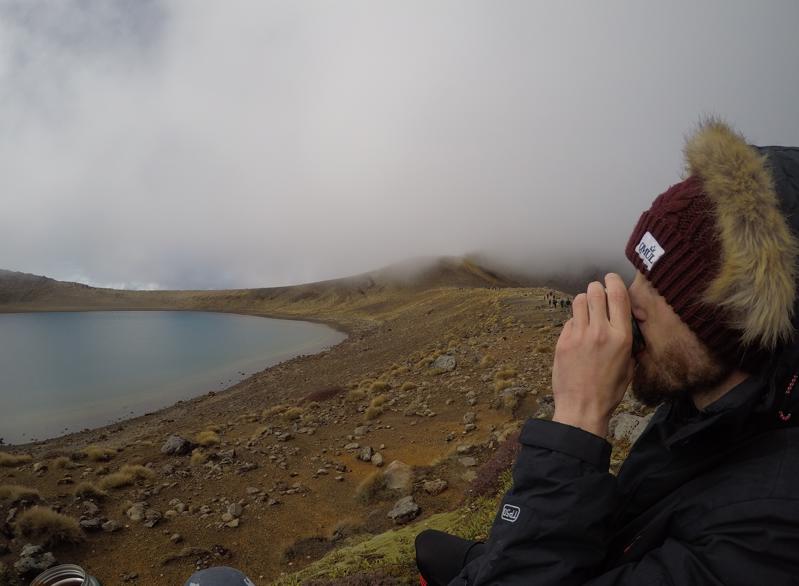