Driving back along the cape from Opotiki was actually much better than we had anticipated. You can actually see the scenery going the other way, and we had stocked up on supplies and made a flask of coffee to avoid any culinary disappointment along the barren stretch. Unfortunately Jane has been feeling rather unwell recently. Looking back on it, it was inevitable that one of us would be sick at some stage as we really haven’t allowed ourselves a great deal of rest.

We made the decision to put off our visit to the East Cape lighthouse for a few days while Jane recovered and found a house called Morepork’s Nest a few kilometers away in Te Araroa. Morepork seems to be another name for owl here. This makes no sense to me whatsoever as even if they were made of pork (which they aren’t), their relative size to their bacon-giving compatriots would surely make the name “lesspork” more accurate.

We used our time to read, sleep (in a real bed!) and write some music. At one point, we ventured to the local shop to buy supplies, and I managed to squeeze in a run. After a few days we were both feeling much better. Maybe there is something to this "relaxing" lark after all? 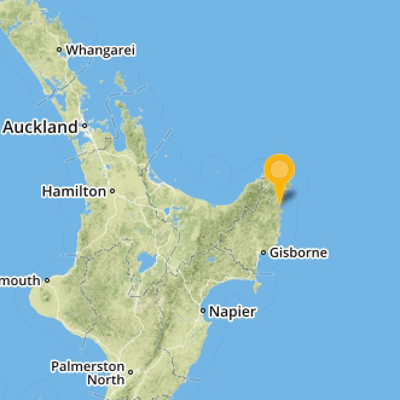