Future Me Hates Me

Since getting back from our New Caledonian journey, Jane had been to see physio a few times, but her ankle still wasn’t up to much. Being a family with a sporting interest (with various injuries over the years) the Ashworth’s had kindly lent her some crutches to hop around on, but with our upcoming visit to the capital looming, things weren’t looking great in terms of exploring the city. It’s something that you don’t think about much until your movement is restricted, but walking short distances is difficult at the moment, even with the crutches. To make things a little easier, we had decided to hire a wheelchair to help Jane get around the city. As luck would have it our Airbnb host actually had a spare manual wheelchair that we could use during our stay- perfect!

It was Jane’s last day at Auckland University (I still had another week to go), so we downed tools at 5pm and headed straight to the airport to catch our flight. Air New Zealand arranged for mobility assistance at the airport so Jane got a wheelchair to and from the plane which she was very happy about. She was less happy that I was pushing her - pushing her into everything and pushing my luck. Let’s just say she had a smashing time!

We arrived in Wellington at around 10pm and, after a brief chat with our host Jon, we fell sound asleep ready for tomorrow’s adventures.

Bearing in mind that we’d had ONE beer with our dinner the previous night, I was very surprised to hear Jane report a significant hangover. No matter, the perfect cure (brunch) was waiting for us just down the road. Armed with our borrowed wheelchair this should be a doddle. There was just one small issue!

When we arrived in the dead of the night, we noticed that we were in fact staying at the top of a rather large hill. In the cold light of day, it was apparent that the hill was actually a small mountain. The next 10 minutes consisted of me praying to some unknown being that I wouldn’t lose my grip and allow Jane to fall to her untimely, if somewhat hilarious, demise. I promised to text her my goodbyes if the worst did happen. Jane promised to sing the Ab Fab theme tune on her way out...

We made it. Just.

Mountain survived, we rolled on to the local cafe in search of nourishment and managed to forget all about the fun we’d have on the return journey. The food was really tasty but rather lost on Jane who still wasn’t feeling 100%. Even flicking through a book about dogs didn’t help with the headache and I have no other techniques for dealing with hungover Jane, so we decided to grab some fresh air.

Bursting with tap rooms, restaurants, book shops, music stores, fashion outlets and several art studios/galleries, Cuba Street is the place to be in Wellington (and luckily just across from our breakfast joint!). The hustle and bustle makes it feel like “things are happening” (like in a real city!), yet everyone seems to know each other and there is a real community vibe about the place. From our last venture to Wellington, we really weren’t expecting much (back in April, we were woefully unprepared and didn’t think about were we could stay or even park the car in the city without paying a fortune!), but even the drizzly weather and grizzly hangover couldn’t put us off this time.

Wheeling up and down Cuba Street, browsing the various establishments, I noticed that Jane was getting a little harder to push. The extra breakfast weight, perhaps?

... It was not the extra breakfast weight. Upon closer inspection of the wheelchair it turned out that the tyres were completely flat! We had been rolling on the frames themselves! In an attempt not to break the chair any further, I dashed off to the nearest bike shop to fill up the deflated tyres and the chair was as good as new!

Crisis averted (ish), we looked to celebrate in Wellingtonian fashion - 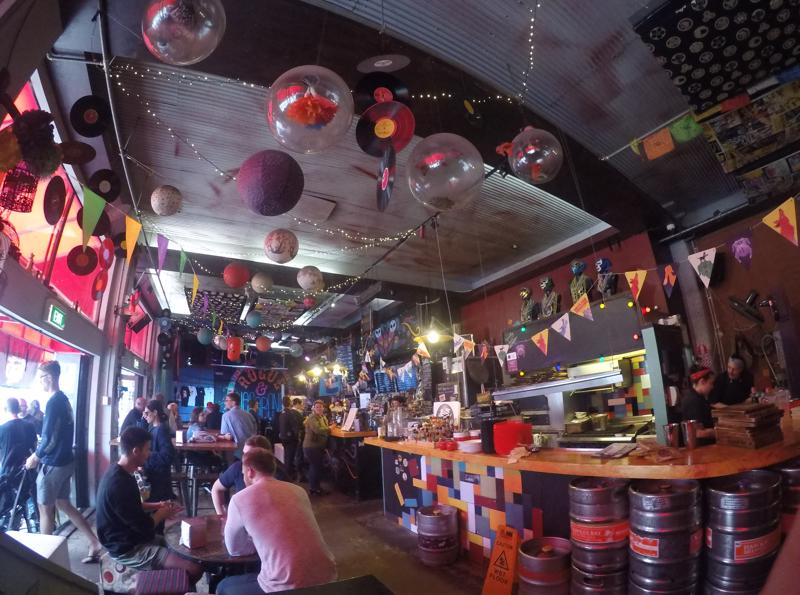 with craft beer! Wellington is the self-proclaimed “craft beer capital” of NZ, so I was keen to try some of the local breweries whilst we were in town. Jane was feeling a bit better so we rolled down to Black Dog Brewing, who we’d sampled from back in June at GABS beer festival. The beer was good, but unfortunately we had to limit our tasting session to just one tasty pint, with the consideration that we still had Mount Everest to climb to make it back to the flat. Kiwi brewers seem to have something of a death-wish, and you’ll be hard pushed to find a craft beer that’s less than 6.5% - not ideal for the casual afternoon tipple. Ours averaged our at about 8%.

Suitably lubricated, we embarked on our quest home. After some serious teamwork, with me pushing and Jane wheeling, we made it to the summit! Those days on that mountain will always stay with me. The weather battered us, the sheer face left us shaking and fatigued. We even had to eat one of our own (biscuits) just to stay alive. 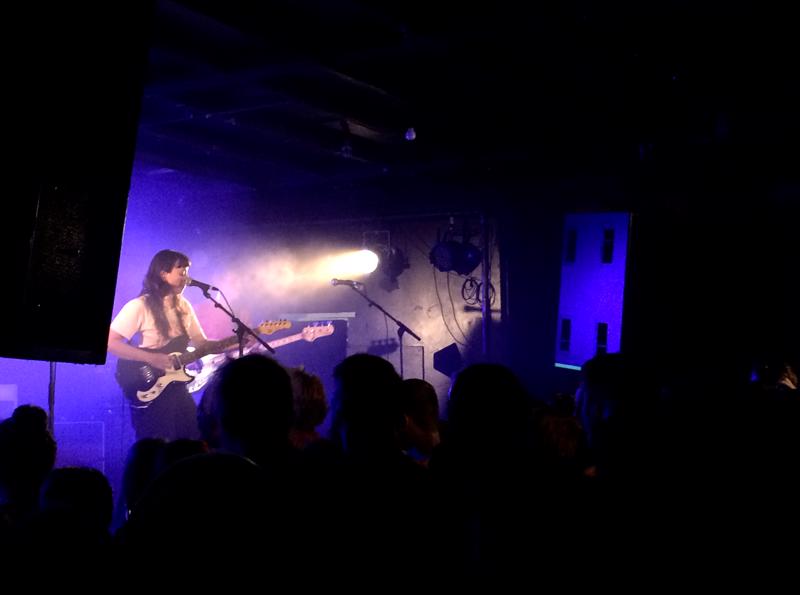 Sensibly we decided to leave the chair at home for our evening activities and called an “unbranded app-based, taxi-like vehicle” to get back into town.

We grabbed some great food at Herbivore (yum!) before heading to see the main attraction - Kiwi indie band, The Beths (Or “Tha Biths” as they’re known)! We’ve been following The Beth’s since before we came out to New Zealand, and Jane had surprised me for my birthday with tickets to their homecoming show for their “Future Me Hates Me” album tour. Safe to say we were suitably excited to see them!

The show was an “intimate gig” in San Fran (the venue not the city), around a 500 capacity venue. I went to the bar to get a round in and on my return, Jane had met another couple who used to live in Tooting! (It seems Tooting is a home from home for the Antipodean explorer.) The support act were that kind of loungey, indie-electro pop that seems so popular here (see Mild Orange, HEAVY CHEST). The Beths on the other hand were in a league of their own, completely tearing down the house with punchy riffs and big tunes, and even bigger vocals. Their energy was amazing and they absolutely smashed their set. We were even treated to a few tunes from their upcoming sophomore album too and I may have bought a t-shirt...