The Land of the Rising Sun

Feeling rejuvenated, we left the comfort of the Morepork's Nest and braved an early morning to visit the lighthouse. There are two places in New Zealand that claim to be first to see the rising sun. The lighthouse is one such place. A french guy called Alex offered us a lift and we gratefully accepted, knowing that our van would perhaps not survive the journey. Our hosts at Morepork had warned us that the lighthouse road was particularly unforgiving. They made bi-weekly trips to pick up stranded tourists who had taken the gravel a bit too quickly after oversleeping. Best to let someone else's car take the hit. We set off at 5.30am (I’ve now learnt that 5.30 occurs twice in each day), as Alex wanted to take a timelapse of the sunrise. I wanted to take a nap.

It’s 800 steps to the lighthouse. This would be fine but I’d ran 9 miles the previous day and we intended to conquer Mount Hikurangi later that afternoon. The view was stunning so worth the effort!

Mount Hikurangi is the other site claiming to be first to greet the new day. It’s inland but it’s relative altitude (1752m) at the 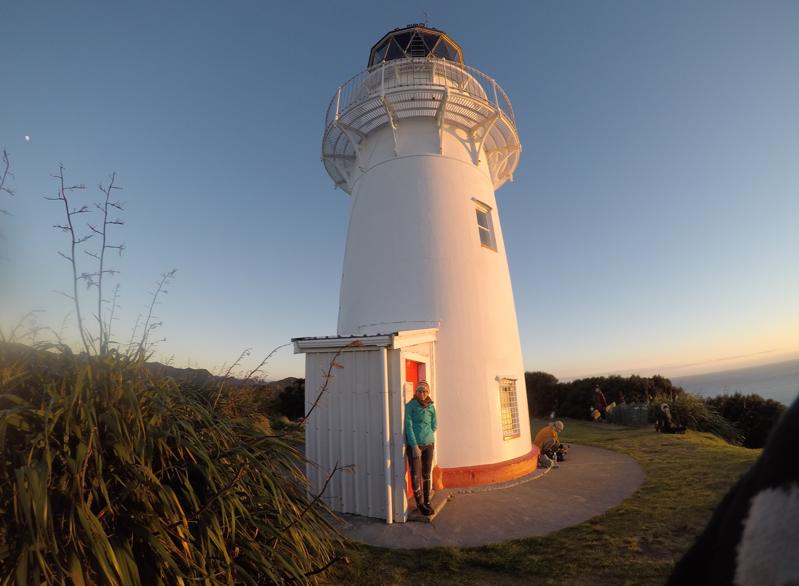 summit, gives it a favourable angle to the lighthouse way out on the coast. We completed the surprisingly grueling four hour walk through farm land just before 5pm that evening. We stopped en route to admire the giant Maori carvings which mark the area where the local iwi host their New Year celebrations. If present, you’d be among the first to welcome in the New Year in the world, meaning that the Maoris were perhaps first to know that the millennium bug was a dud... Seriously, there’s 4G signal up here and everything!

Joining us in the hut was a Hungarian man called Barnabus. He told us that he likes to hike because he likes to be alone. We ignored the hint and chewed his ear off for the evening. Despite only a small supply of damp wood, we managed to get a fire going but still endured a stinging chill throughout the night. I wrapped my jumper around my face and thanked my lucky stars that I haven’t shaved my head in a while... 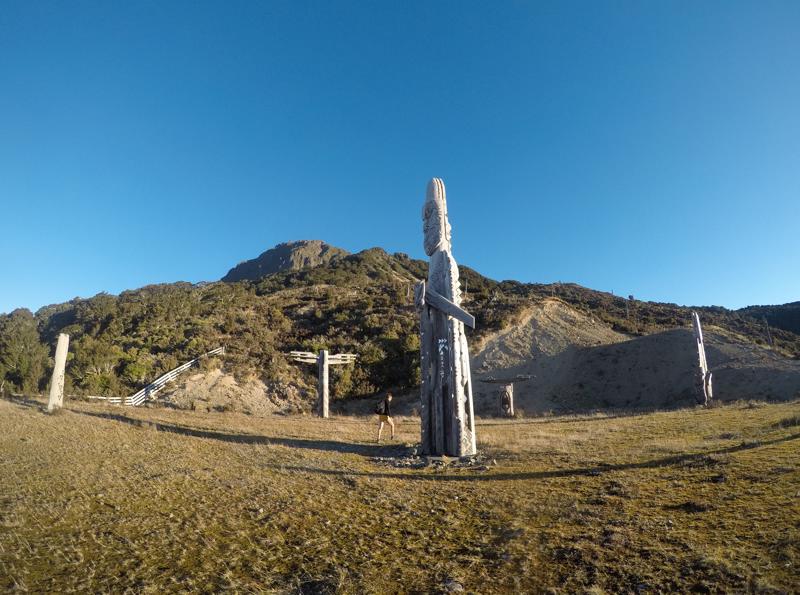 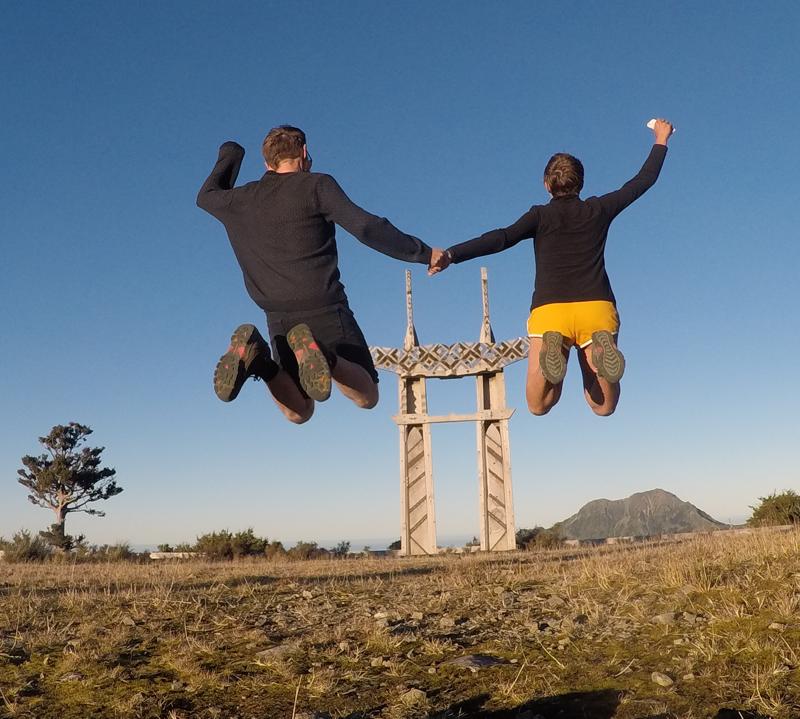