The Road of Death?

Raglan is a globally revered surf haven, in the shadow of a rather dramatic looking mountain called Karioi. We were told that the mountain is supposed to look like a pregnant women, laying waiting for her partner to return. I think that's a bit of a stretch but there's certainly something about it.

From our experience in Hamilton, we'd decided that it was probably best to stay at a paid campsite upon arrival into a new town before we'd had chance to scope out the area for free camping, so we booked into Kev's place just outside of town. Kev describes it as an "incredibly relaxed vibe" and it's easy to see why. The guy didn't even build a house when he bought the land - he just beached a huge old military boat and lives in there. Chilled indeed. *Reminder for Jane* - this place has a nice dog. We spent the rest of the day wandering about the quaint shops and enjoying the sunshine on the beach. Though it's a cliche, we'd fallen for Raglan by sunset.

Feeling adventurous, the next day we kayaked to the pancake rocks on the other side of the bay. These structures are 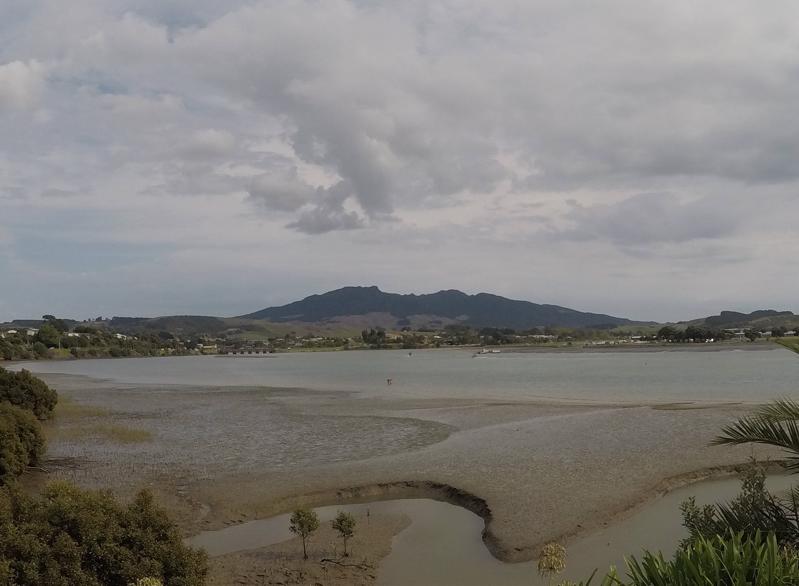 stacks of limestone that started forming 30 million years ago when lime-rich fragments of dead marine animals were deposited on the seabed then engulfed by softer layers of mud and clay. Maybe I should be Harvard referencing this diary? This was a first for me as I hadn't previously kayaked, but luckily we had a full health and safety briefing and in-depth theory session before we set off into the sea... In reality, the rental company waived the inexperience, handed us a map and told Jane to sit at the back and that she "was in charge". It all went swimmingly, and we only crashed the kayak a couple of times into the rocks.

Raglan has lots to offer so we decided to stay a while. We caught some live music at the Yot club one night, then did the intimidating mountain trek the following day. The road up to Mt. Karioi is terrifying. There's no other way to phrase that. Essentially, we climbed half the mountain in the van, then the rest on foot. I know which bit was more difficult for the nerves!

The first few people we came across on the trek told us that they didn't make it to the summit and that there is a "wall of rock" in the way. Actually this was a very steep incline with chains to help you climb. Given that we're seasoned mountaineers by this point, this was a fun challenge! 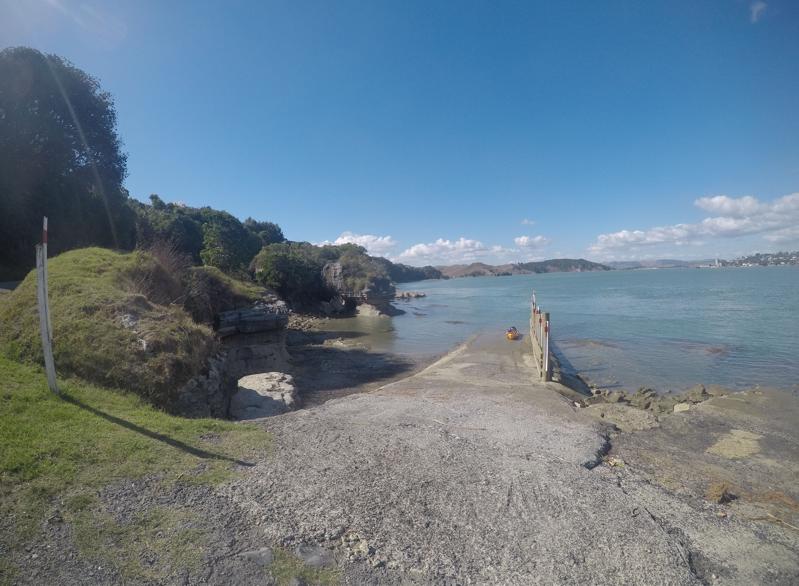 The summit of Mt. Karioi is beautiful though, with views of Raglan and bays far beyond. We had a wonderfully clear day for it and we were greeted by plenty of fantails en route. These little birds love to follow humans as we disturb insects for them to snack on, but are pretty elusive once you pull out the camera. Terrible photos to follow perhaps!

Unfortunately, we didn't have much time at the top and rushed down the mountain to avoid the need to traverse the death road in the dark. We took a wrong turn at some point and ended up back at the summit instead of the car, but otherwise it went smoothly and the whole trek was only 5 1/2 hours. I think we're getting pretty good at this. 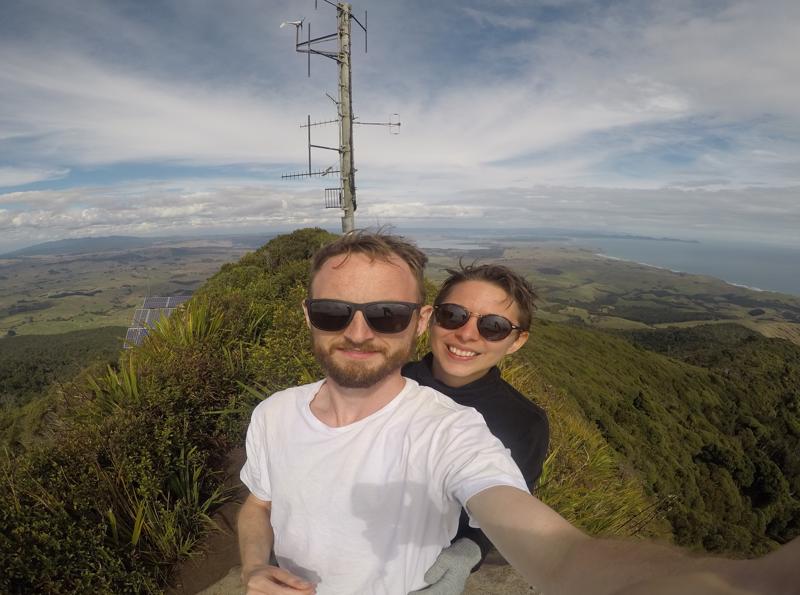