The following morning, we woke (well, got up), at 5am, thinking there would be a slight chance of us making the summit for that fabled sunrise. Our temporary roommate had opted to set off an hour earlier to make sure to reach the summit in time, but we couldn't quite face leaving our sleeping bags just yet. Hikurangi cuts an imposing form, even from the start of the hike, just 250m above sea level so we knew that a timely arrival was by no means guaranteed. From the hut, we still had some 500m to climb and had been reliably (but rather too casually) informed that “some of it is loose rock (scree) and shouldn’t be traversed in the dark”...

Honestly, it is absolutely crazy how casual the Department of Conservation are about this climb. It is rated as “advanced/difficult” on their website but we’ve done advanced climbs before and had no bother. I can honestly say that this is the hardest climb we’ve done by a country mile and probably one of the toughest physical 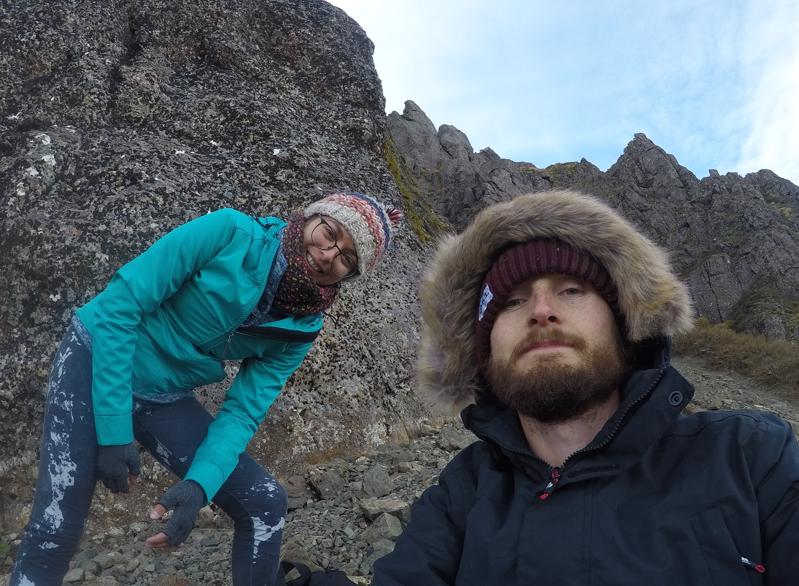 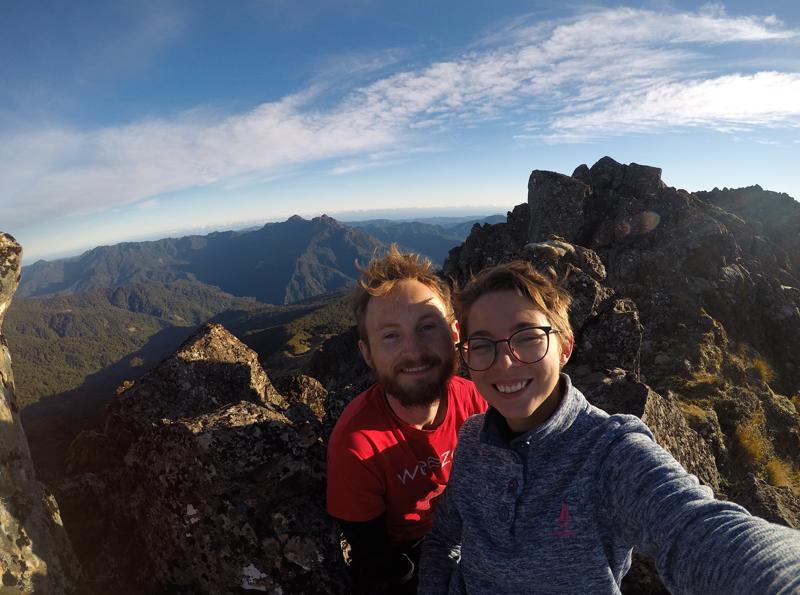 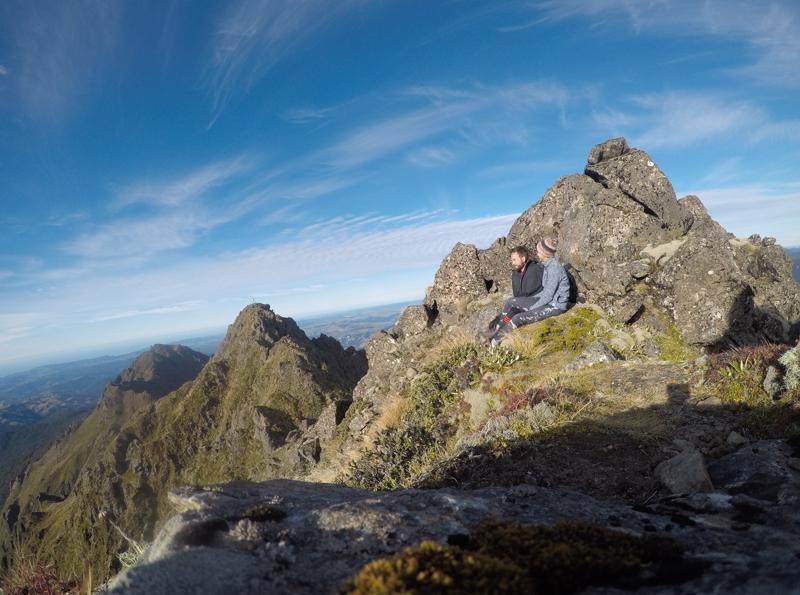 and mental challenges we’ve faced in life so far. We started the intensely steep climb in the pitch black, our torches hitting the reflective poles to guide us, and made it to the scree section just as our solar buddy appeared in the sky. Looking back on it, attempting that part in the dark would have been beyond reckless. Lone-wolf (loony) Barnabus did actually attempt this, and amazingly made it to the summit unscathed, but also missed the sunrise.

Scree is defined as “a mass of loose stones or rocks that form or cover a slope on a mountain”. It is telling that in the Oxford English Dictionary’s example sentences, the word is exclusively preceded by the adjective “precarious”.

This part really did feel like “two steps forward, two steps back” for large sections. We would endure a five minute scramble, pause to look up and feel no closer to the summit. Note to self: make a beer 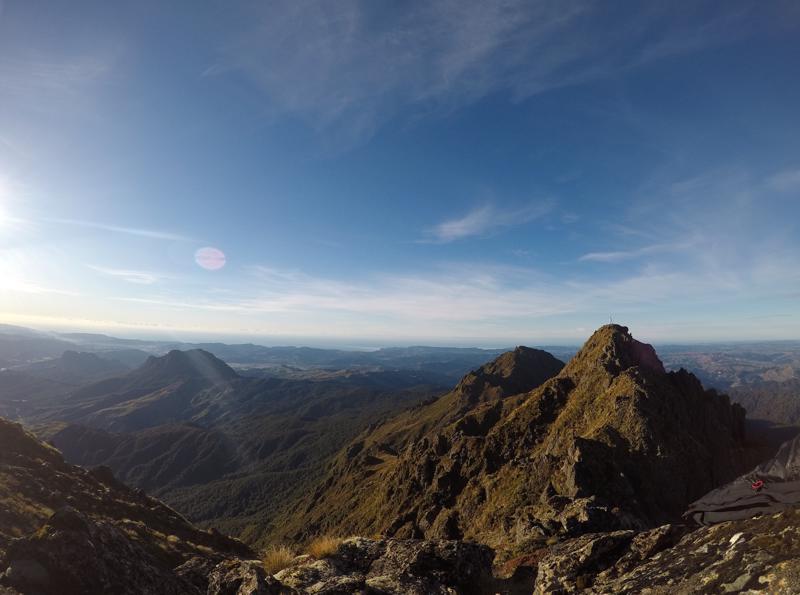 Jane was ahead of me for this section of climb. When you’re navigating an 80 degree incline with an onslaught of falling rocks to contend with, you really do have to find strength to forget any suggestion of your mortality. A particularly challenging section came when I took a falling bolder to the arm before clinging to a seemingly solid wall which came away in my hand, leaving only my left foot preventing a rather nasty fall.

Spoiler alert: we survived. The way down was just a hazardous, if not more, as the way up but we got to see some remarkable sights that many others would have given up on. We’re battered and bruised but really proud of our achievement. I think now we can comfortably stop hiking for the winter, maybe go and look at some stingrays (that’s safe and relaxing right?) and do some work.