The relaxed day so far was a marked improvement on our first 24 hours and things were certainly looking up. Jane then remembered that the RWC semi-final (England Vs. All Blacks) was that evening and a feeling of inevitability started to rise. She’s writing this one from here!

Maintaining a perfect record so far, including a win over formidable foe the Springboks, the All Blacks seemed an unstoppable machine that would surely go on to lift the Webb Ellis Cup...

Having personally seen New Zealand trounce the Kingdom of Tonga 92-7 back in September, I was incredibly sceptical that the Red Roses could rise to the challenge after missing out on the Six Nations earlier this year and a piss-poor performance in RWC 2015. But as the masochistic nation of fanatics that we are, a shred of faith remained in an admittedly strengthened English side. Pundits back home were suggesting that this was “England’s year” and that Eddie

Jones’ men could beat the reigning World Champions who had their best days behind them. With the (modest) hopes of the nation on the line, we headed to La Barca in the Baie des Citrons to catch the game heralded as the competition decider.

La Barca is your typical bar on the strip with loud and colourful (read “garish”) decoration, cheap cocktails and sticky tables, adding perfectly to the “English abroad” vibe which we fully embraced on this occasion! Lewis ordered a gigantic dish of moules frites avec champinions which did not disappoint (or cost the earth!), whilst Sue and I chowed down on fine French dining (pizza and toasties) and the bar filled with Kiwis and Poms alike.

Buzzing with anticipation, we watched as the teams belted out the national anthems before the All Blacks assumed their signature stance to perform the haka. Then something extraordinary happened. The English team assumed an inverted Flying V formation in response - mirroring the triangular challenge as if to demonstrate their own prowess and confidence in taking on the World Champs. The likes of this had never been seen in world rugby, something so simple yet seemingly effective. The All Blacks were visibly confused and uncomfortable, and within 2 minutes of kick off England had scored the first try!

It wasn’t just a flash of brilliance either. England dominated the game with attacking running rugby which was eerily lacking from the All Blacks side and saw them go (unbelievably) into half time with 10 unanswered points. Riding a wave of euphoria and cheering on the surely soon-to-be World Champion side, we revelled in the second half of this amazing spectacle before the final whistle rang out to end the game with a huge 19-7 victory. We had just witnessed the greatest upset in NZ sporting history, after the Cricket World Cup defeat of course (or perhaps THAT defeat to France in the World Cup final - too soon?). England defied the odds to strangle the All Blacks (a team who haven’t lost a World Cup match in 12 years, let alone to the English!) into submission with a demonstration of power, grit and sheer determination. Heads spinning with the total awesomeness of the last 80 minutes, and lots of beer, we headed home to dream a dream of victory over the Welsh or Springboks next Saturday. Dare we speak too soon and say those fateful words - it’s coming home! 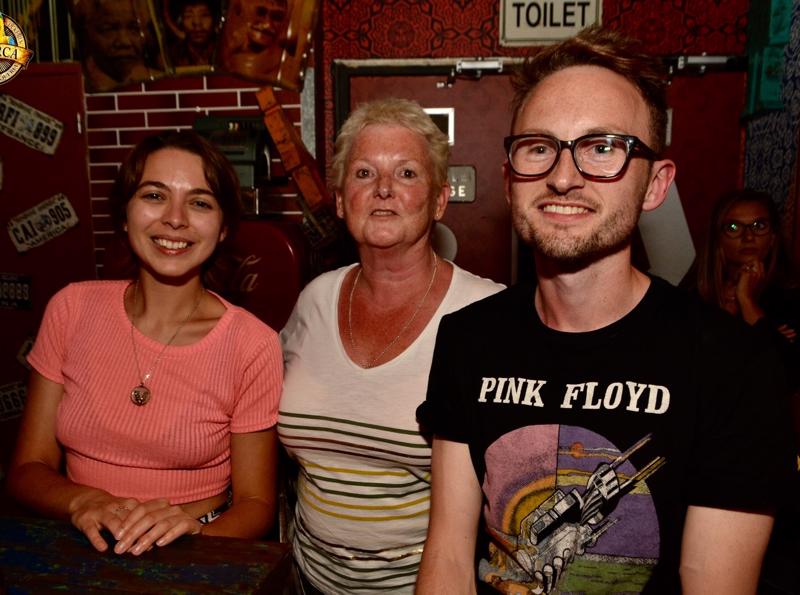