Bay of Plenty (of Surprises)

We left Tatapouri (land of stingrays) and traveled the highway towards Whakatane. This is yet another town with two pronunciations (that "wh" syllable is either pronounced as it's written, or correctly, according to Te Reo Māori as a hard "ph"). This journey meant that we were finally on our route back to Waiuku, where it all began back in March.

Whakatane is a fairly large coastal town, with an urban population of around 20,000. It sits within the Bay of Plenty (the remedy to Captain Cook's proclaimed "Poverty Bay" in Gisborne) and is named after an 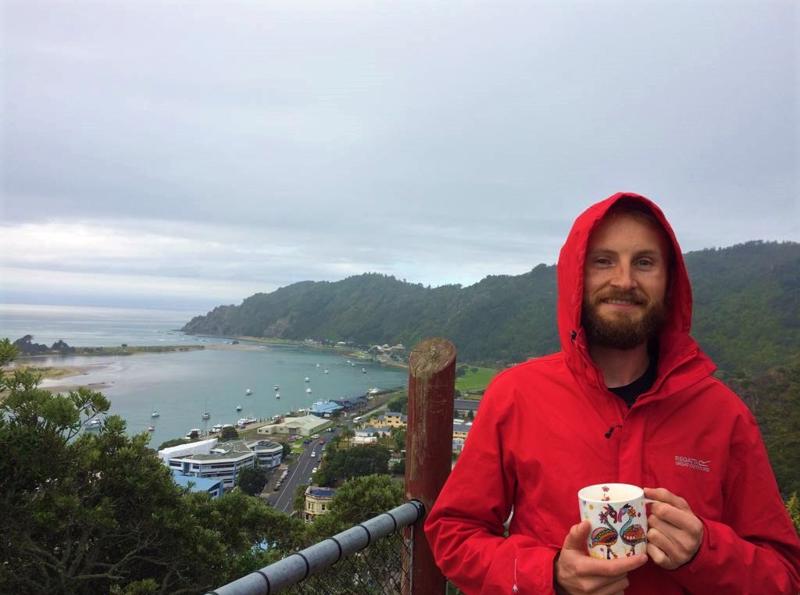 incident during the first Maori settlement here. It is said that afterri the men went ashore, the great Waka (canoe) Mataatau began to drift in a heavy tide. Wairaka, a chieftainess, shouted "Kia Whakatāne au i ahau", which roughly translates to "allow me to act as a man". She then paddled the canoe, as women were not otherwise allowed to. With the assistance of other women on the boat, the waka was saved. A statute of Wairaka commemorating the heroic deed was erected upon Turuturu rock, where she now guards the river mouth.

We had a good feeling about Whakatane from the moment we arrived. Approaching from the south, we had (slowly) battled steep inclines in the Vanette to suddenly drop down into the bay - it was quite a sight! The town is clustered along the Whakatane estuary, with coastal conservation areas protecting the town, where the eponymous river meets the sea. The effect creates a natural harbor right through the centre of town, which can be seen best from the look out point at the top of the old pa (fortified village). Just off the coast is Moutohorā (Whale) Island, which we presume is so named as it looks leviathan in shape. It doesn't, but it's immensely scenic nonetheless. We knew that rain was due so settled in for a coffee at the local cafe and heard a rather gruesome story about a motorcycle accident from a man with a number of steel rods through his arm.

We went for a pleasant stroll around town before heading into a music shop for a chat. The shopkeeper told us that the music scene in Whakatane is very much in its infancy but in doing so, he suggested that there might be a music scene of some kind! We then soaked up the beautiful views (and a little light rain) from the aforementioned pa, whilst drinking some tea.

That night we stayed at the Awakeri Hot Springs campsite, with the rationale that if it's going to rain, we might as well be in a warm pool. It's the same price as a normal site but with free access to the springs and an attitude of "we don't care when you check out" - perfect! There had been an end-of-harvest party for the kiwifruit pickers that day and a kind local gave us a number of the leftovers (including some delicious home-baked muffins). Everything was going swimmingly indeed!

The next "town" over is Tauranga. Our route took us there the following day. Now, I'll hold my hands up here and say that I got this one a bit wrong... There have been a number of moments on this trip where I've suggested we may be going to an actual town, only for us to turn up and see a husk of a village, or a small hamlet with a couple of houses and no amenities. This time, I'd learnt my lesson and decided to make no effort to estimate the stature of the settlement.

Tauranga is the fifth largest settlement in New Zealand, and is relatively unknown globally still because this population increase has been rapid and recent. The adjoining town, Mount Maunganui, has been engulfed by the sprawl but manages to maintain an air of cosmopolitan Europe, with an abundance of cafes, restaurants, bars and boutiques. The overwhelming natural feature here 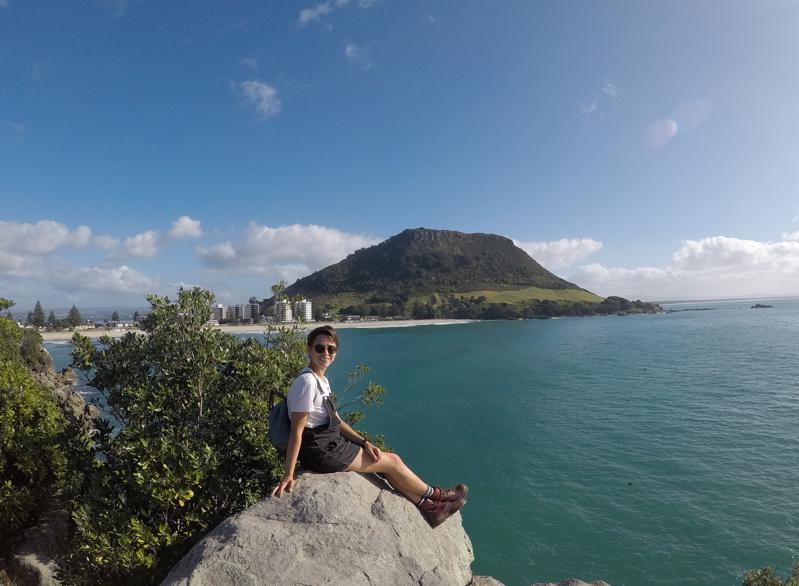 is the mount itself, which is an expansive rhyolite lava-dome formed 2-3 million years ago. Having had plenty of time to cool down, it's mostly used by runners and tourists aiming to gain a panoramic view of the city and seas beyond.

Given our lack of preparation (my bad), we headed to Mount Backpackers' and booked a couple of beds for the night. Cities don't make it easy for people like us to stay in vans like ours so we cut our losses. Following a short hike up the mount to enjoy the panoramic views, we spent the evening as Europeans do, sampling said bars and restaurants, and enjoying the buzz of city-life. The evening culminated in an accidental sojourn to Rio De Janeiro via an impressively attended Latin night at the Astrolabe Brewbar - and all on a Tuesday night!