The first trip: Miranda to Thames

We stopped at Kawakawa bay for a quick swim and some lunch. There are a few things of note about New Zealand that this beach helped us to learn. Firstly, they repeat a lot of syllables. Kawakawa, Papatoetoe, Ramarama, cous cous, Shakira Shakira...

Secondly, if you live here, you can just help yourself to a private beach. Maybe a slight exaggeration but we saw a guy walk out of his house in a towel, cross the road and jump straight into the sea. Living the dream.

Once we had refuelled with sandwiches and lemonade, we headed down to Miranda. This area is known as the Shorebird Coast and for good reason. We saw godwits, red knots, sandpipers and more seagulls than you can in the very centre of Plymouth. We also saw a heron-esque creature that we were later told “doesn’t exist” by a professional ornithologist. We’ve been here two weeks and we’ve already invented a bird!

Miranda has the largest hot spring pool in the Southern Hemisphere. Impressive and cleansing but not to be advised in the heat of the midday sun. We looked around us and realised that we’ve essentially retired, despite being the youngest in the pool by 40 years or so. It was very relaxing!

Once we’d had our fill of lazing about in a pool like hippopotami, we headed to the free camping spot at Kaiaua boat club. It’s a beautiful site with many other campers. At the pub across the road, we took part in an impromptu pool tournament with a Māori couple and a French couple. We lost but went and had a singalong and some beers with our new Māori friends, Jay and Lana at the campsite. Everyone here is very welcoming. I played a Moroccan drum given to Jay by his brother before he died - that felt rather special.

Our first sleep in the van was slightly challenging as the bed fell apart but we’ve figured that out now. The next day, we got up and headed to Thames - an old mining town just south of Coromandel. We had a nice stroll to some more remote beaches before setting off to Waiuku to spend more time with Jane’s family. A successful first mission! 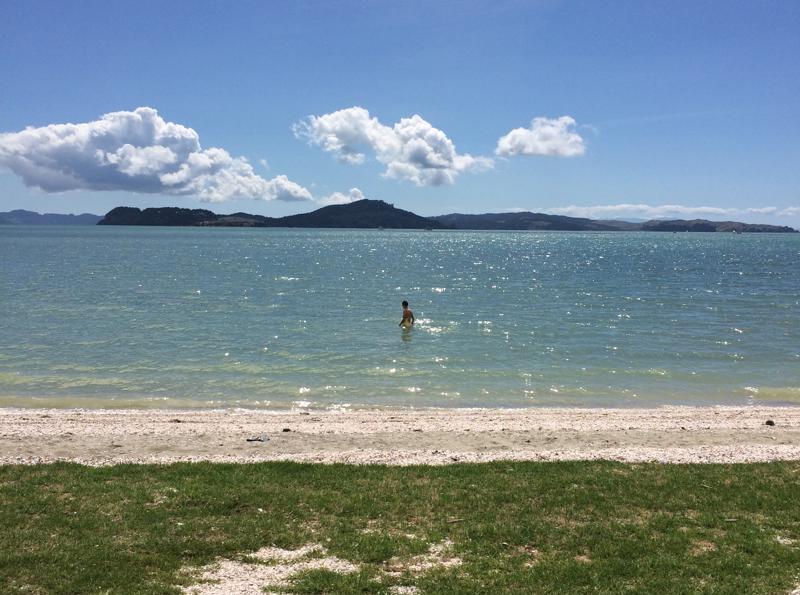 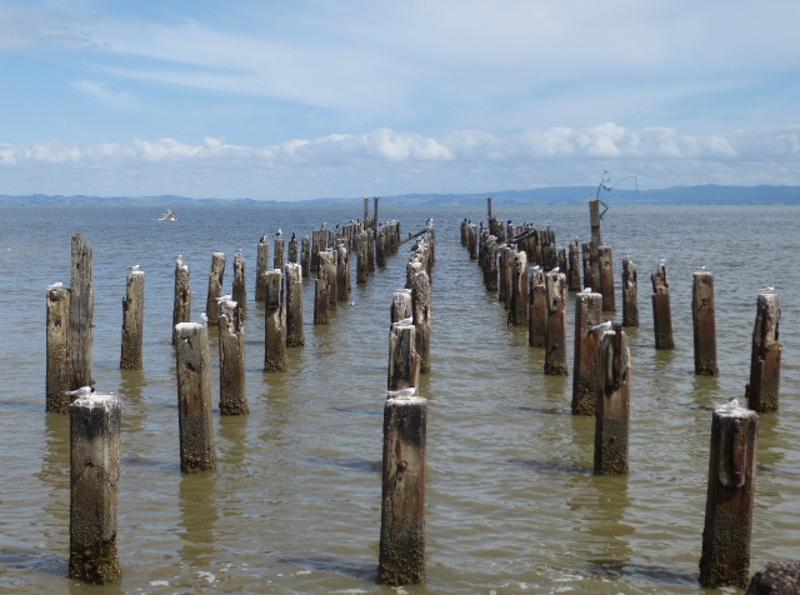