After missing out on the highly anticipated run following our short battle with death (aka norovirus), we were feeling pretty sorry for ourselves. What we really needed was a holiday. Luckily, we had 6 day break to picture-perfect New Calendonia booked into the calendar! 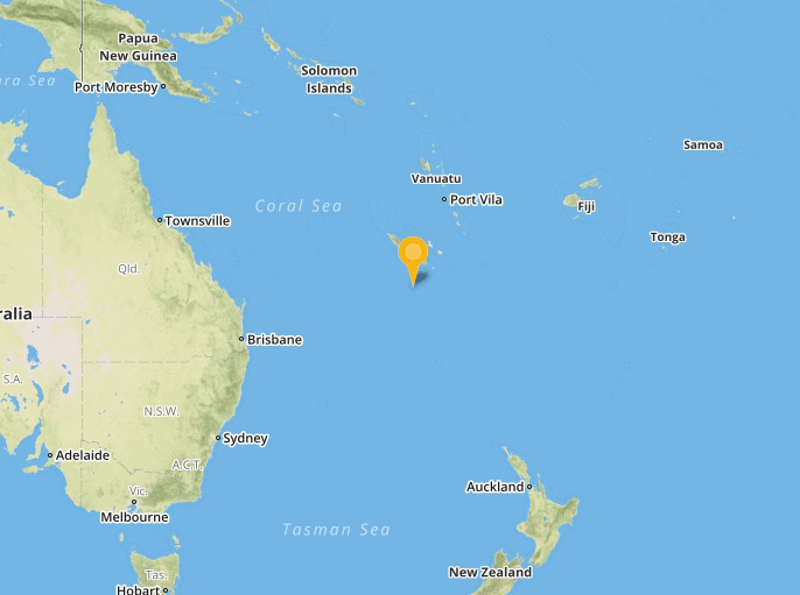 The archipelago consists of the main island, Grand Terre, the three smaller “loyalty islands” and a heap of islets, all encompassed by the New Caledonian Barrier Reef- the longest continuous barrier reef in the world, and the third biggest after the Great Barrier Reef and Belize Barrier Reef! “Seen one barrier reef, seen ‘em all” I hear you say- we’ll not so. The thing that makes New Caledonia special, ecologically speaking, is that the reef encloses the worlds biggest lagoon. Home to more than 350 species of coral and some 1600 species of fish, NC’s lagoon had been listed as a UNESCO world heritage site since 2008 and a divers paradise since forever. It’s also spectacularly beautiful with some of the bluest waters you’ve ever laid eyes on.

As an added bonus, Lewis’ mum, Sue, just “happened to be in in the area” (Sydney) visiting friends so decided to drop in for a casual rendezvous with her favourite son. OK I may have exaggerated a little. We’d planned the trips months ago with the specific intention of meeting up with Sue in some idyllic but far flung location. Though she actually was visiting uni pals Donald and Monique in sunny Oz, she only has one son as far as I know, and an equally lovely daughter (Hello Lauren!)

Island paradise and family reunion at the ready! What could possibly go wrong?

The signs were there all along. Despite NC’s national tourism website bombarding us with endless pictures of beautiful beaches, coral reefs and lagoons, we couldn’t quite work out how to get any detailed information about the activities that we wanted to do, or indeed how to book anything at all. We spent hours pouring over various tours and cruises. Still clueless, we resolved to book our activities when we landed.

Something that we could ignore until we arrived was how we we actually going to arrive in Nouméa. Unsurprisingly we also had immense trouble trying to book a transfer from the airport to our accommodation in the city. There are taxis from La Tontouta Airport to Nouméa but these would cost twice as much as a private transfer, and we didn’t trust the buses to be running/come on time in this confusing country, so it made sense to try and pre-book a transfer. Eventually we managed to arrange for “Manu” (a local with a mini bus) to shuttle us to and from town for the low low price of 5000 Pacific Francs (XPF) each way- that’s NZD 72/£30 to you and me. This was arranged by email in broken Franglais and we had no idea if Manu would show up or not.

This add to the New Caledonia’s aloof and mysterious reputation, we’d also read that it was by far the most expensive of the Melanesian nations, (this was confirmed by my colleagues’ shocked/impressed expressions when I told them where we were heading to). Not something we were entirely expecting being used to €2 beers in the Spanish and Greek holiday economies, but as a Pacific nation with (admittedly imposed) French tastes, NC imports pretty much everything from France- très cher! It also has its own currency, the aforementioned Pacific Franc, which you can only buy in New Caledonia, is (ridiculously) linked to the value of the Euro, and has a confusing exchange rate of about 72:1 with NZD- 72 times tables anyone? No matter, we’re highly sophisticated and bourgeois now with our jet-setting family and luxury island holidays, plus we really miss proper cheese (sorry New Zealand, we love you but for a nation of dairy farmers you got cheese all wrong!)

You may be wondering how we’d even come to hear about this millionaires paradise in the middle of nowhere. The answer is simple. Throughout my studies I’ve been incredibly lucky to meet, and even luckier to make friends with, people from all over the world. I met Clotilde at university in London where we studied Chemistry together. Clo regaled me with stories of a far off island in the Pacific which was “the most beautiful place in the world”. I was sold. So I thought if I ever headed out this way I’d make a stop at Clo’s fabled island and see for myself.

Fast forward to 2019, and we booked our flights to NC without really a consideration of what it was like, what we could do there or how much it would cost. All we knew was that the people there spoke French, (and so does Sue), and it was beautiful.

Transfers (hopefully) booked, no currency and no clue, we eagerly boarded our Air New Zealand flight to see what was waiting for us on the other side.