The best place in Canada to spot killer whales

Western Canada is one of the best places in the world to see whales and orcas in the wild. We depart from Victoria, a bustling city in southeastern Vancouver Island that is bursting with British influences.

It is early in the morning and a gray mist lurks above the smooth water surface. My mood is as gloomy as the weather. How are we going to see killer whales if we cannot even see further than 20 meters in front of us?

Once on board the zodiac, a sturdy rubber boat that can accommodate 12 people inside and outside, the cheerful captain starts working. His enthusiasm is contagious and the feeling of hope, no matter how fragile, flares up again. He tells how intelligent killer whales are, that they can locate prey through echolocation and that thanks to those clicks they can even "see" what a potential meal is composed of. Seals and high-fat fish such as salmon do not stand a chance - they are called killer whales for good reason, but humans don't have to worry about being attacked. 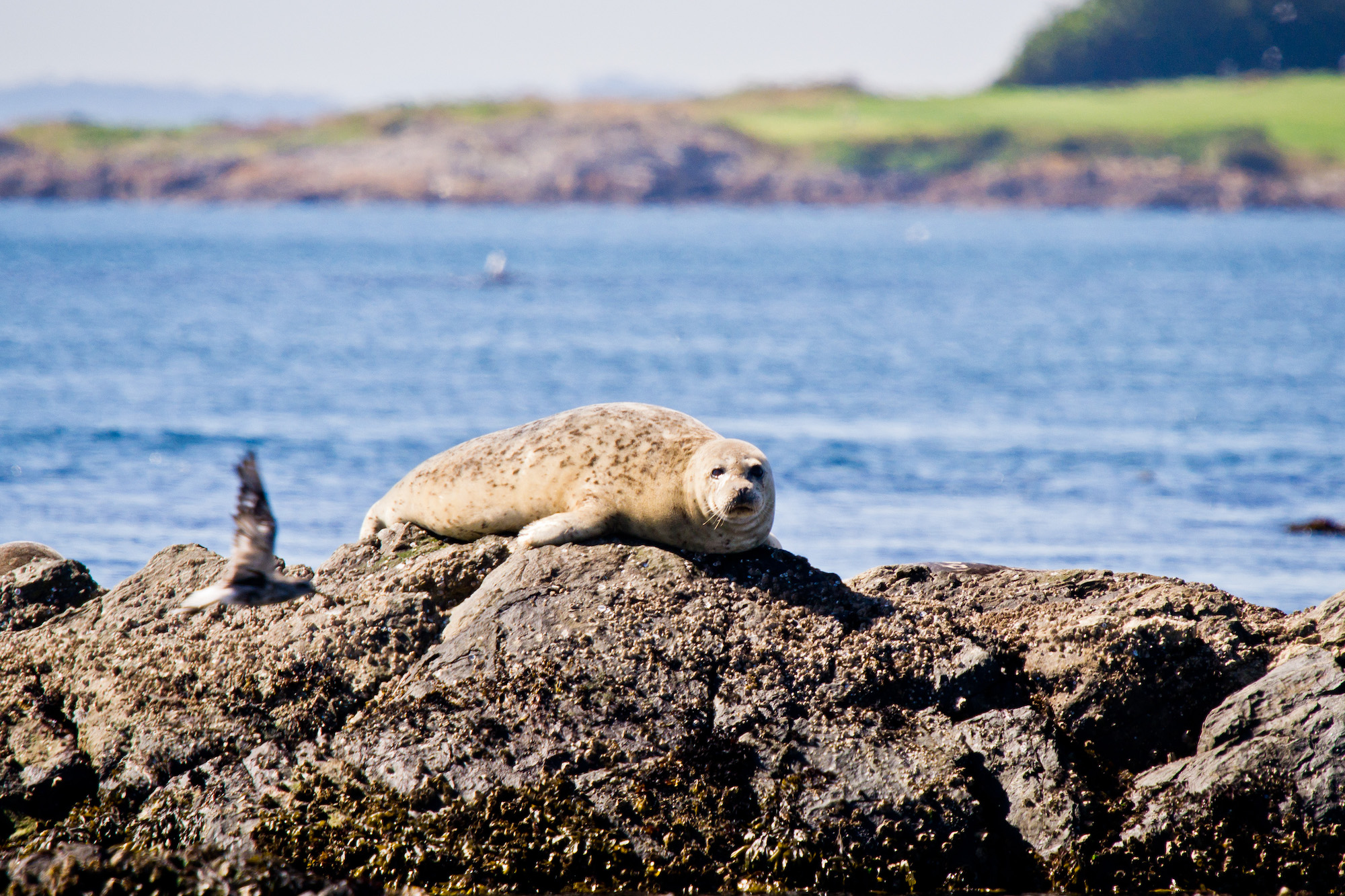 After half an hour, we slow down. Everyone looks around nervously, searching for the giant pandas of the ocean. Unfortunately, no killer whales yet. In the meantime, the fog has cleared completely and the water is rough. We sail back at full speed and our knees have to absorb the shocks so that we do not return with a broken back. My desperation forces me to keep looking around me hyperalertly and my naivety makes me believe that that will really deliver.

The captain encourages us: ‘Two people see more than one. Keep looking around, folks.’ I suddenly see a fin, right next to the boat. We go so fast that it disappears when I look back. Was that real? I think so! The captain explains that it was a gray whale, you can recognize them by the shape of their fin. 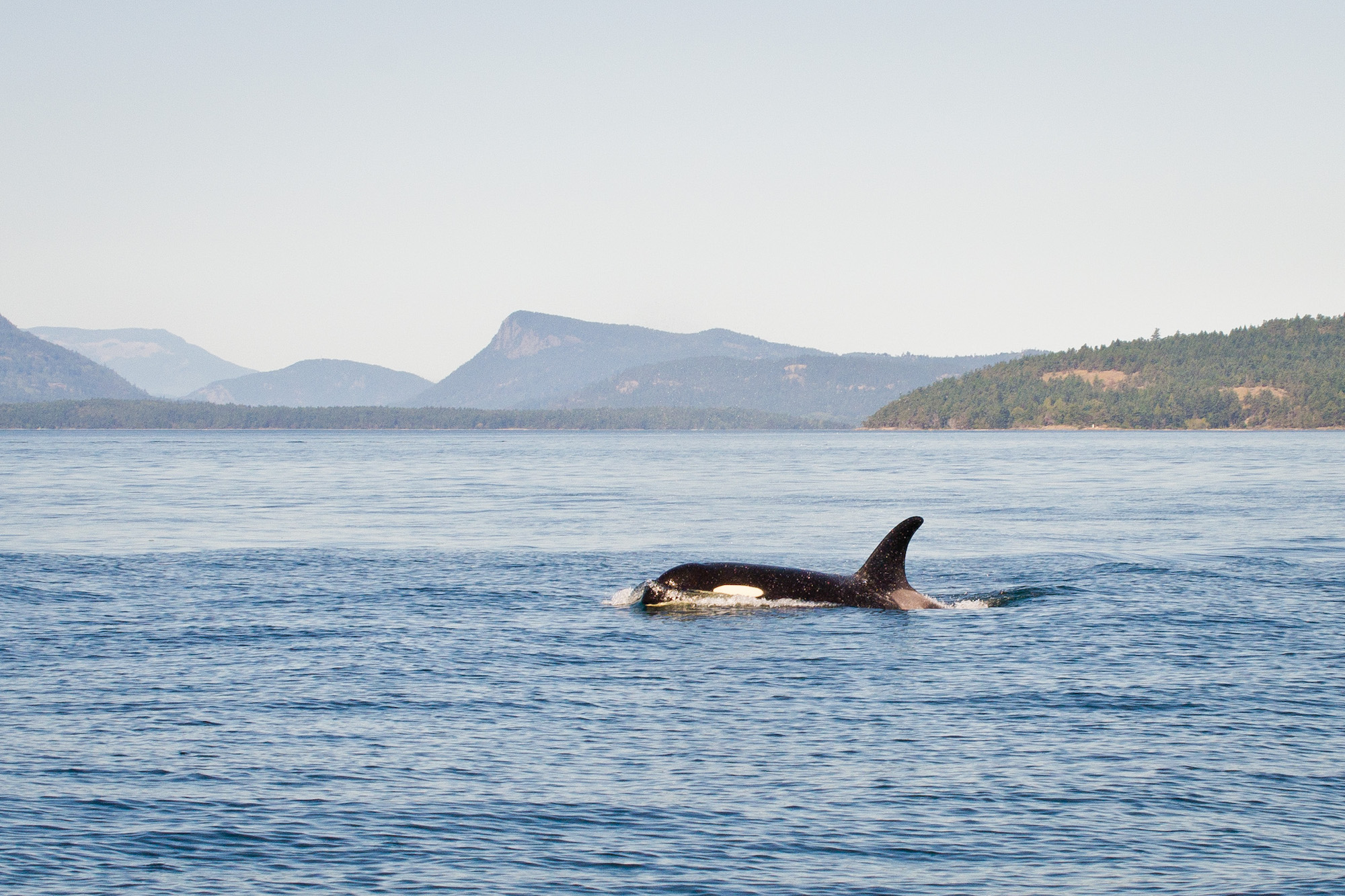 The captain is busy communicating via the VHF radio. Would that be a good sign? The question has only just flashed through my mind or the answer already follows: ‘Orcas have been spotted in American waters, towards Seattle.’ Another 20 minutes of sailing, the tension in the boat is rising.

Open sea gradually makes way for the mainland. Whimsical rock formations overgrown with pine trees tower above the surface of the water and seals are gazing at us from their resting place.

In the distance we see a few boats that have stopped their engines. They must be there. I see a gigantic black fin split through the water. And the killer whale is not alone: his brothers, sisters, aunts and uncles are also present. 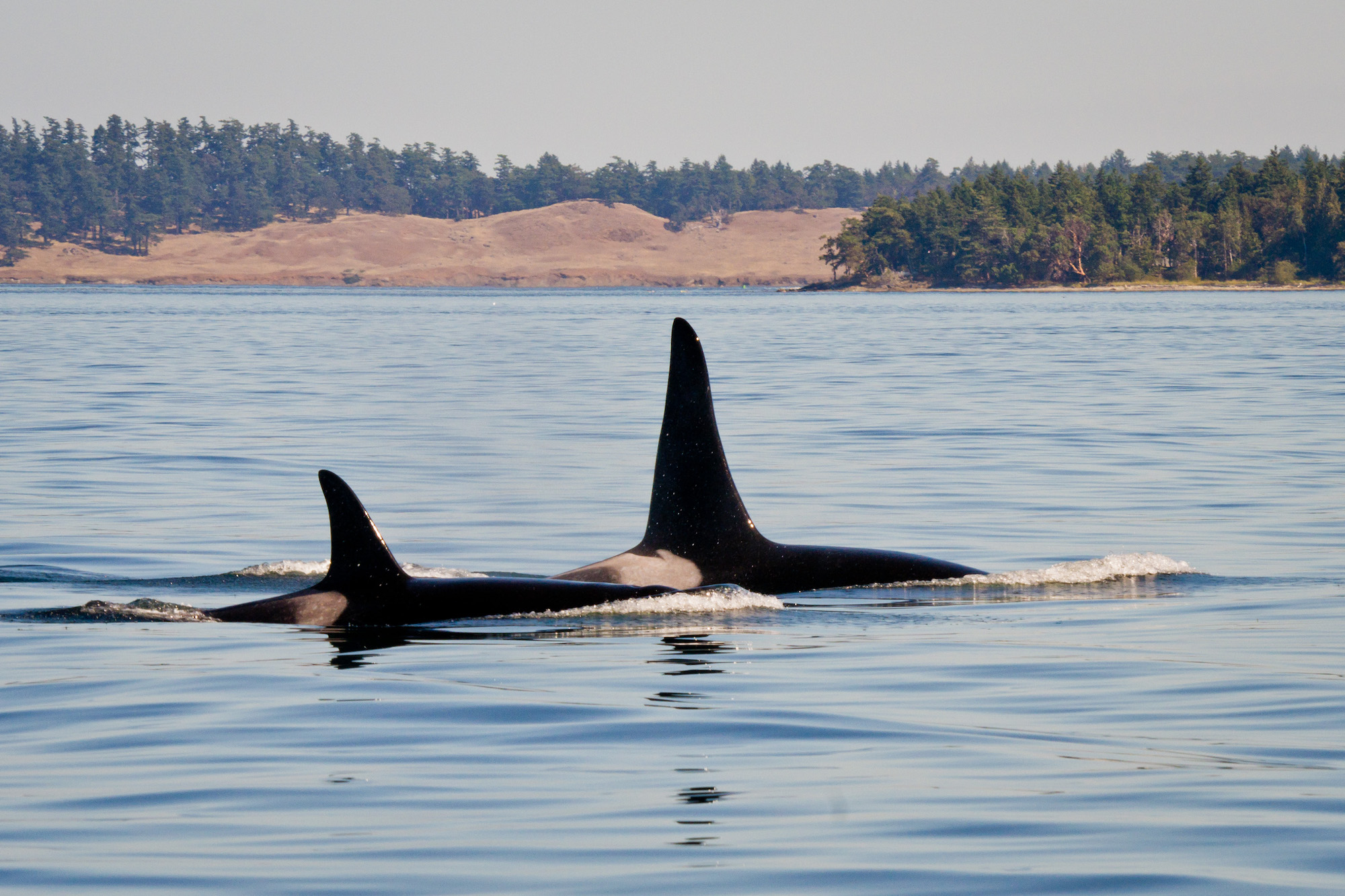 Because all engines are stationary and the boats remain at a safe distance, the orcas do not feel rushed and continue their way quietly. Where one disappears, another soon appears. One by one they alternate at the water surface and they come in our direction. When they approach our boat, all the fins disappear into the dark water.

Just when I think we've seen the best, an orca jumps out of the water about fifteen meters from our zodiac! Another orca follows her example and just as playfully throws himself out of the water. An overwhelming sense of euphoria rushes through my body. 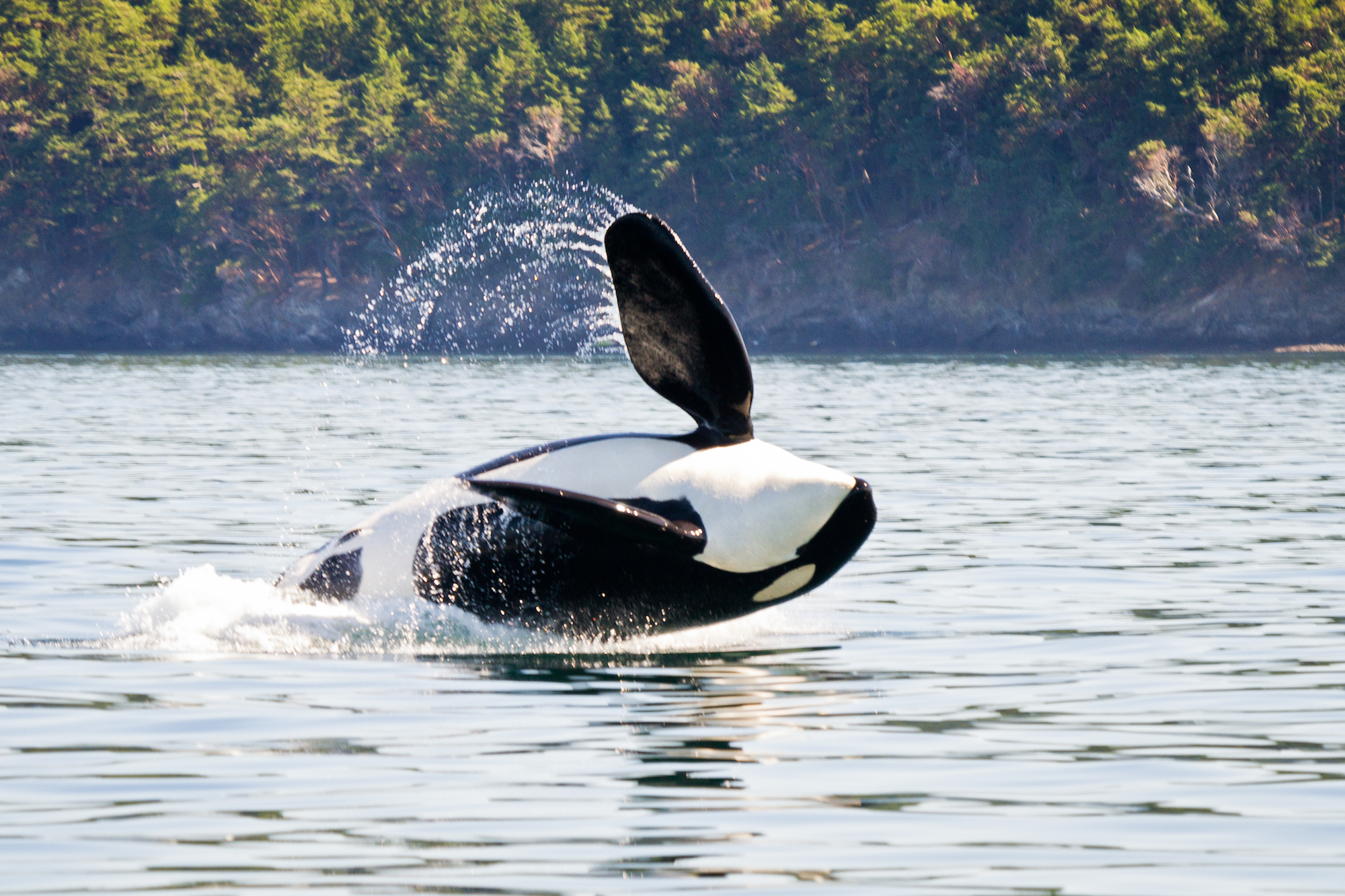 After the ecstasy follows a deep sense of gratitude and awareness of nullity. We were lucky to see those beautiful, intelligent animals in their natural habitat. The beauty of nature in Western Canada is rugged, powerful and serene at the same time. It makes you humble, gives you goose bumps and leaves an indelible impression.

Ann made this excursion with BC Whale Tours, an organization that considers the environment and works in an animal-friendly way. Click here to see more of her work. 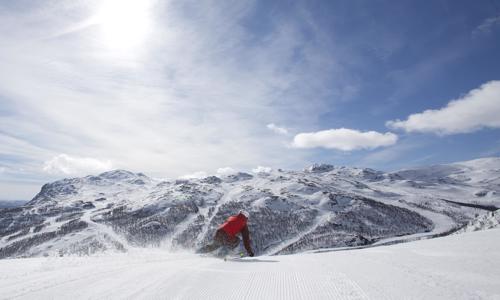 Skiing under the Northern Lights in Norway