The taste of diversity: food tour in Mauritius

Chilicakes, steamed dumplings and the Mauritian variant of Indian roti: during a food tour through capital Port Louis you will become acquainted with the cultural diversity of this island in the Indian Ocean.

‘People visit Mauritius for an average of nine days and only spend one day outside of their resort,’ says Shakti, who is taking me on a food tour through Port Louis today. She set up the first agency for cultural tours of the island: MyMoris, which is Creole for My Mauritius. ‘We felt it was a shame that all activities in Mauritius take place on the water or in nature,’ she says. ‘There is so much to discover in the cultural field.’ 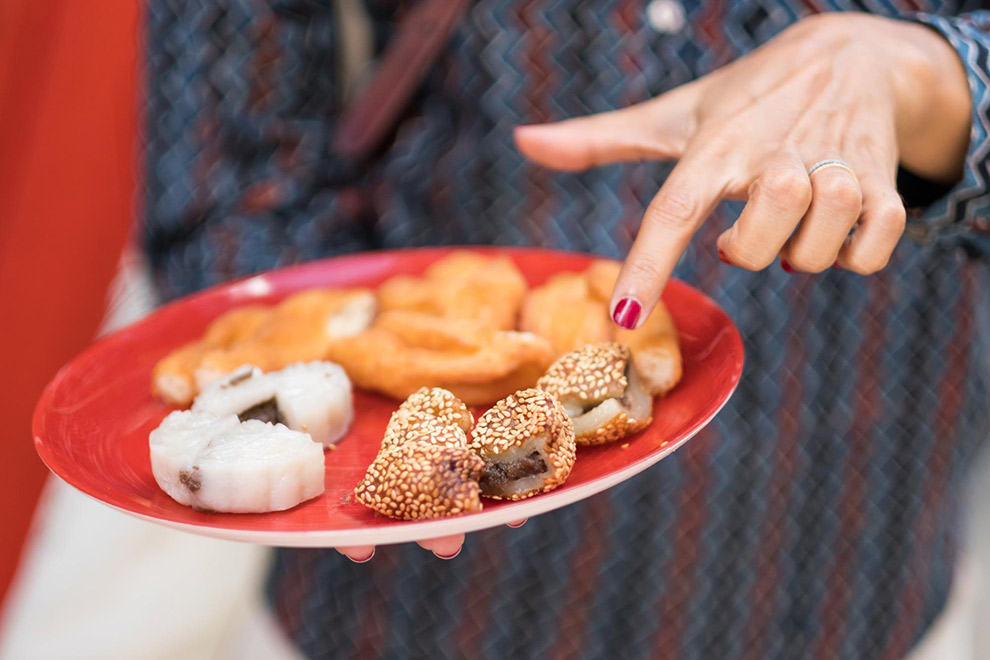 The Mauritian cuisine, for example, is a melting pot of different cultures, just like the island itself. The Dutch were the first to inhabit the empty volcanic island for a short period of time. They needed a stop on the herbal route from the Cape, but left after a century when ships could travel longer distances. Mauritius was no longer needed. ‘Then came the French in 1715, who really wanted to build a good colony. They brought slaves to the island for sugar cane plantations from Madagascar and Mozambique,’ says Shakti, as we follow her through the bustle of the city. 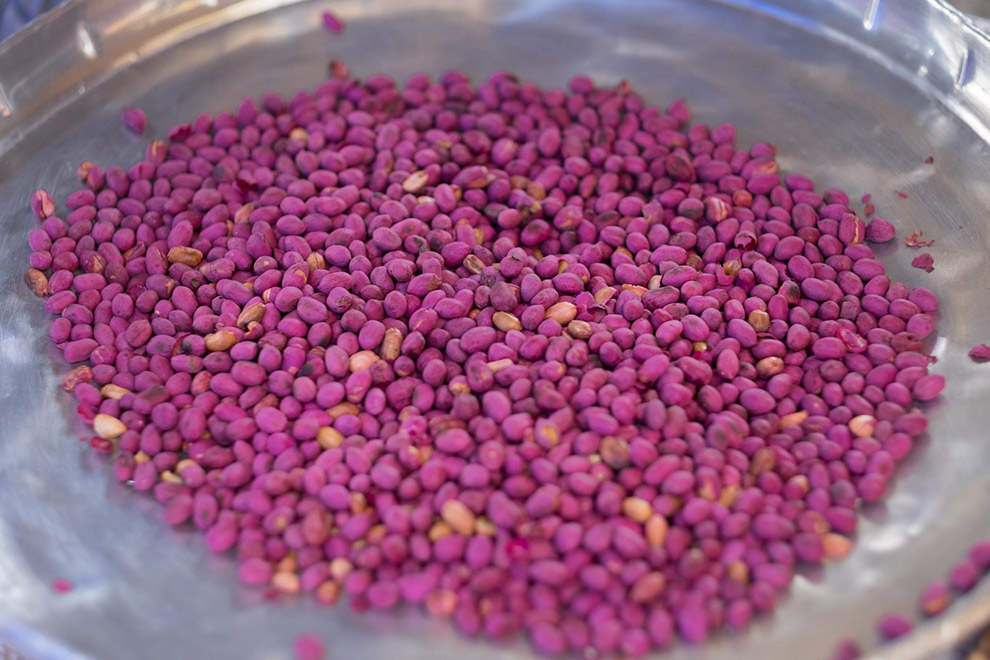 ‘In 1789, the island consists of around 30,000 slaves, 2,000 French and 2,000 free-colored residents. The British arrive in 1810. They don't really care about Mauritius but want to stop French rule. The French said: fine, as long as we can keep our language and customs. When slavery was abolished in 1835, many slaves moved to the coast where they could live self-sustainingly, for example as fishermen with a piece of land, and to the suburbs where they could live and work. This caused a problem. Who would work on the plantations now?

The British came up with a plan: they helped people from India to come to Mauritius to work on the plantations. An experiment that was later replicated in Fiji and Suriname, among others. The Indians retained their culture, clothing, language and came to Mauritius in large numbers. The port of Port Louis became a real hub, where the Chinese also saw opportunities. This created a colorful mix of people on the island, who live peacefully next to each other to this day.’ 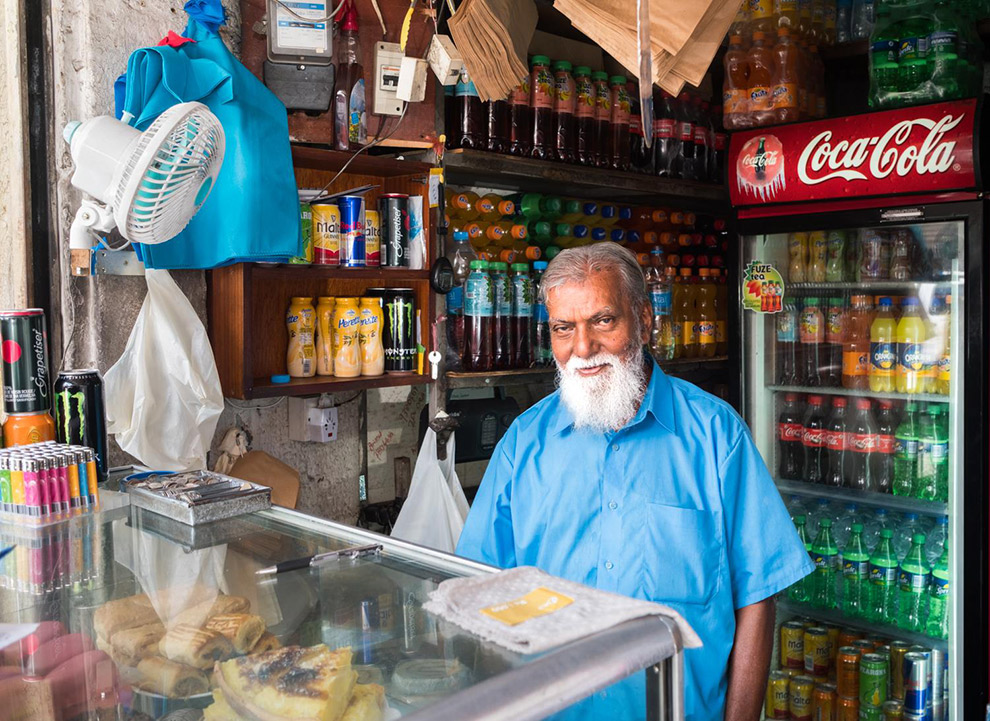 The history of the island is reflected in the kitchen. We walk through narrow, cobbled streets full of colorful buildings: from mosques to Hindu temples. Mountains of red, yellow and orange spices are lined in small shops, alongside large bags of rice and dried fish. Scents of incense, fried dough, curries and exhaust fumes blend in my nose. Today, Hindus make up nearly seventy percent of the population, Creoles twenty-seven percent and three percent are French-Mauritian. 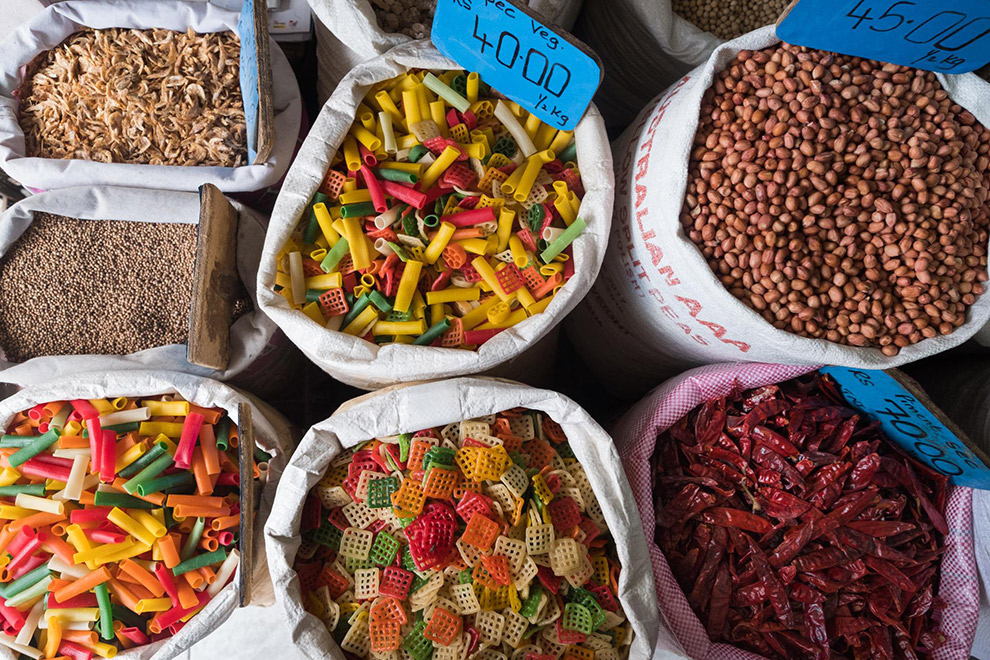 ‘I want you to taste this first,’ Shaki says, stopping in front of a blue-red peeled-off stall. Gateaux piment: fried chili cakes. A friendly smiling gentleman is stirring in a large steaming pan. "In Mauritius they make cakes or fried balls from just about anything,’ Shakti explains. ‘But this is a national favorite.’ They are like spicy falafel balls, but a bit lighter. My cake is so spicy that it gives me a hiccup. 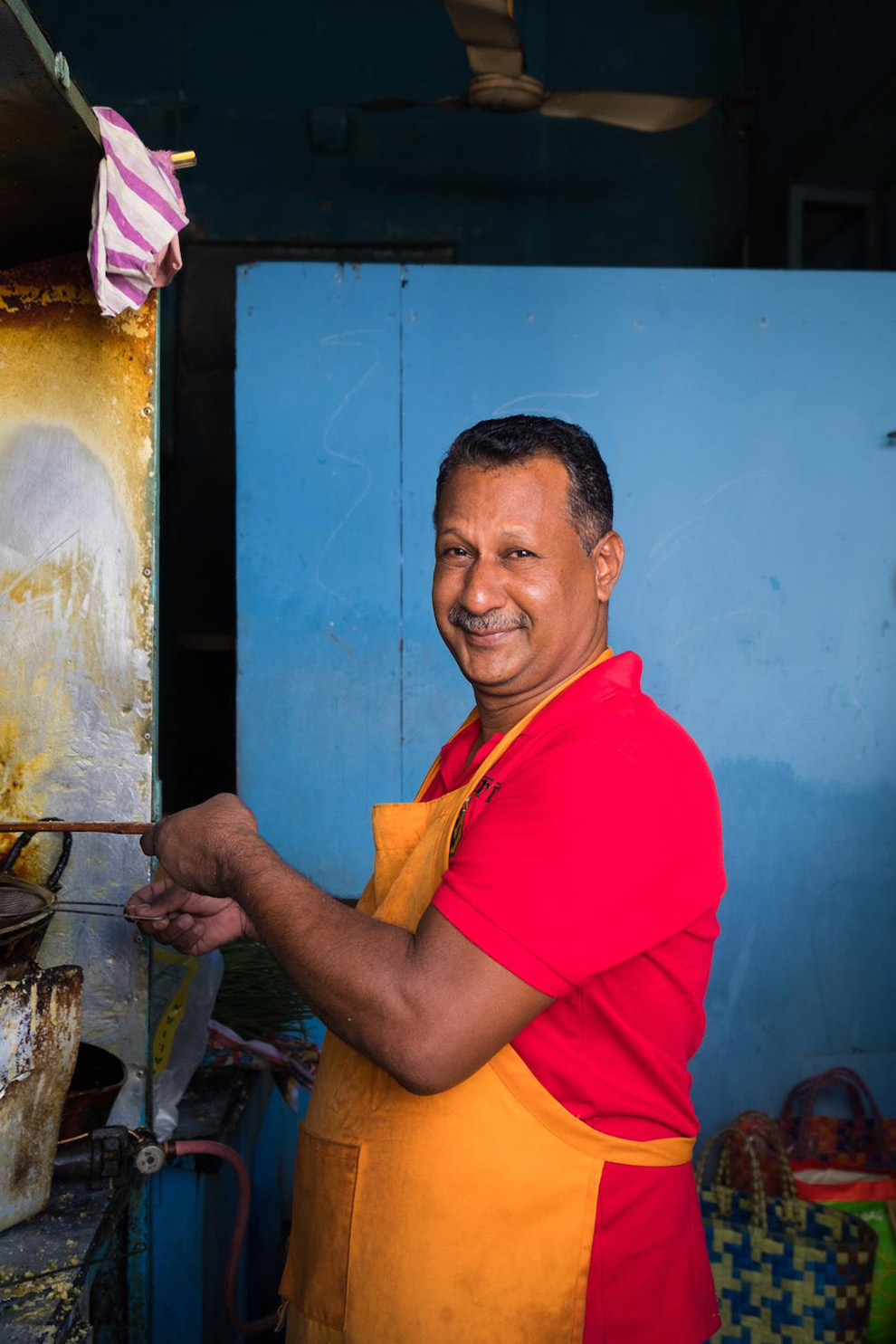 Next stop is in China Town to taste steamed dumplings in a juicy broth. We walk further. Shakti points to the street signs: every street has signs in English, French and Chinese. At a tiny Chinese shop that we would otherwise pass by, we taste different rice cakes. The last stop is the Port Louis market, where we stroll past stalls full of fresh fish and strange-looking vegetables. I get a bag of pink roasted peanuts pushed into my hand. Here we taste my favorite dish of the day: Mauritian roti, rolled Indian pancakes with vegetarian curry in it. So good, I ordered it every day for the rest of my stay in Mauritius! 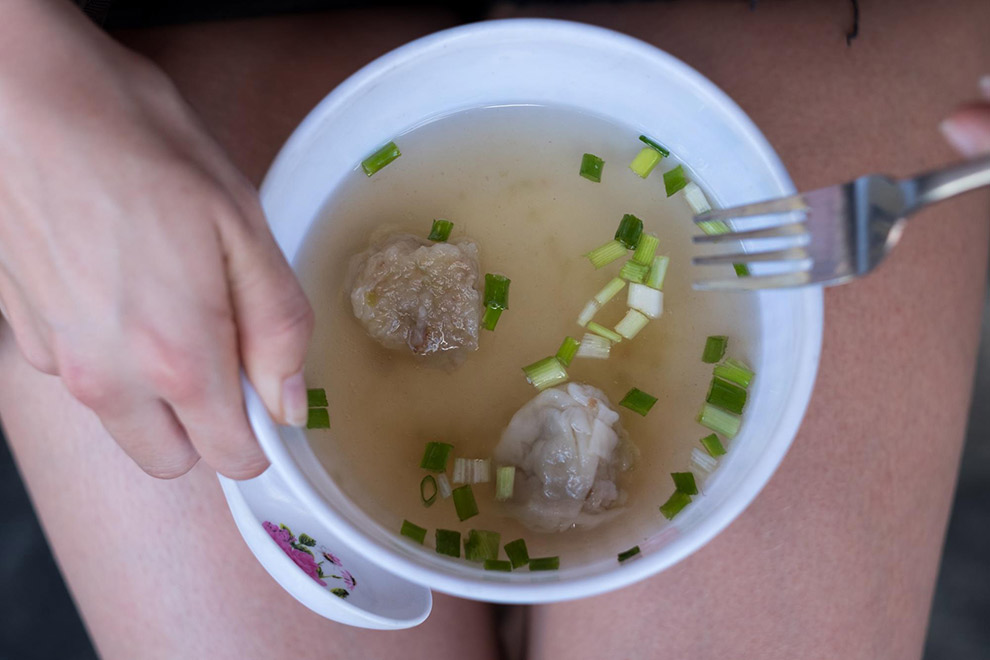 This tour was organized by Mauritius Conscious, a travel agency specialized in sustainable adventures. MyMoris offers various cultural tours around the island, from a visit to local artists to walks through small fishing villages.