Since this was CocoCay day, I requested continental breakfast, so that I could enjoy a big lunch on the island. They called 8 minutes after the time window that I requested to tell me it’s on the way. A minute later, my milk and donuts arrived.

Once my day was done at the island, I took a shower and had a quick nap. I devoted the evening to doing things I hadn’t done or couldn’t do on my previous cruise opportunity. I chose to watch the early movie on the pool deck, so dinner consisted of a hot dog and a brownie. The 1st movie of this night was Yesterday. I thought it was OK. Royal Caribbean did some bad scheduling by having the calypso band scheduled to end their set at 6:45, but the movie started at 6:30. Thus I only got subtitles and no sound for the first 15 minutes of the movie. Which reminds me, I was enjoying listening to the calypso band while I was waiting for the movie to start. But the scheduling snafu soured the overall experience.

When the movie ended, I went back to the room to change clothes because I was going to the Silent party at Ellington’s. The Silent party was going to be done twice on the cruise, and I briefly debated whether to go this night or hold off until the last night. I went ahead with the original plan of doing it on night 2. I got there a few minutes after it started and the room seemed dead for the first 20 minutes or so. They only had one of the two channels working during that time. Once they got the 2nd channel working, a few women got up and started dancing on the dance floor, but most people sat in the chairs. I stood up the whole time, dancing away if I really liked the song. One older gentleman noticed my dancing and approached me to ask why don’t I sing. I explained that I don’t know the words to the specific song playing at the time. If a song is from the 80s or 90s, I would know the words. But I know the words to very few songs from the 2000s or teens. Plus, some of the songs the DJs picked would’ve been better suited for the late night dancing in the club, especially one song with sexually suggestive lyrics that wasn’t bleeped out. The point of the activity is that you have to have headphones on to hear the music. You’re supposed to sing out loud, and the singing is what can be heard in the club.

I spent half the time on one side of the club, then moved to the other side. The demographic was older when I arrived. The younger crowd showed up at about 9:45 and that’s when it livened up. I estimated that I spent two thirds of my time on the blue channel, which featured mostly R&B and Latin music. The green channel had mostly Pop music. You can tell which channel someone is listening to because the headphones light up. The event ended at 10:30. I thoroughly enjoyed myself at this. Afterwards, I changed back into what I wore for the movie to watch the late night deck party. I walked through the late night buffet (10:30 until midnight) to get some water to drink and to see what they served.

I did a lot of firsts today. First time on a cruise line private island, going on a waterslide, being in a water park, watching the ship’s musicians perform a set, watching a movie on the pool deck, going to a silent party, seeing the late night buffet, and being at a late night deck party. It was important to me to accomplish these things so that I can better plan what i will do in future cruises. 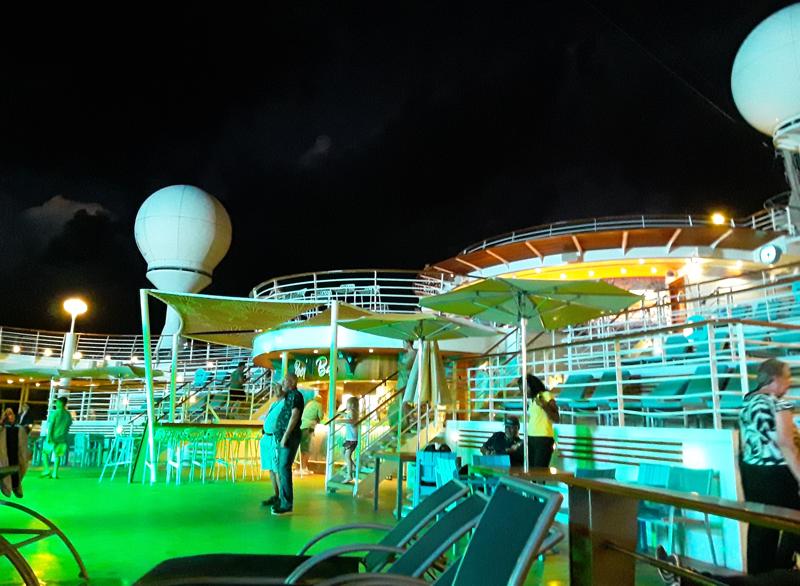 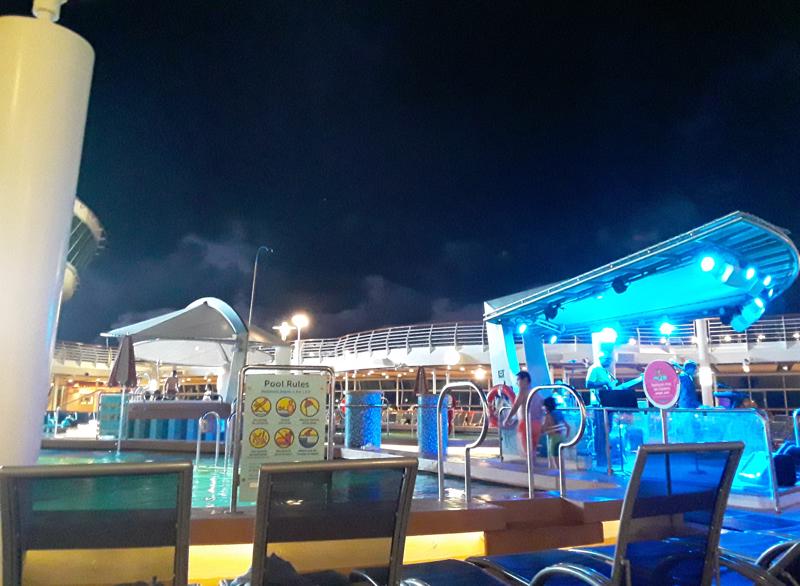 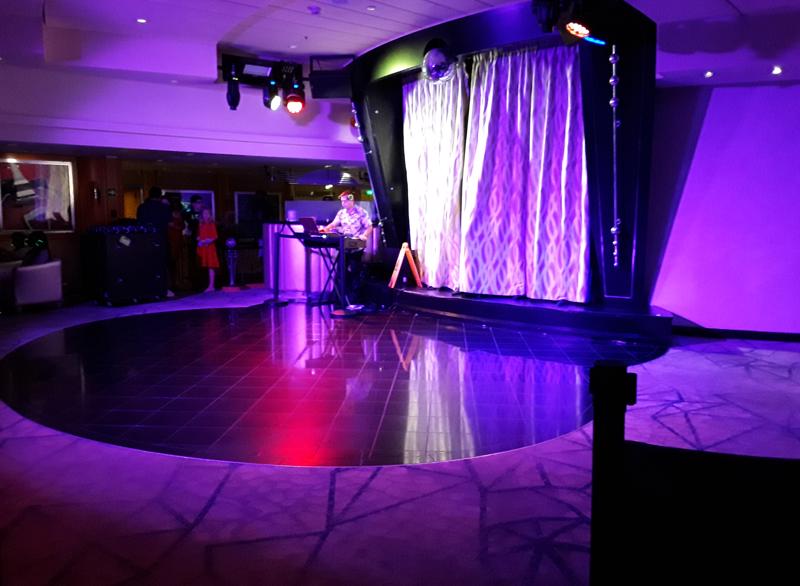 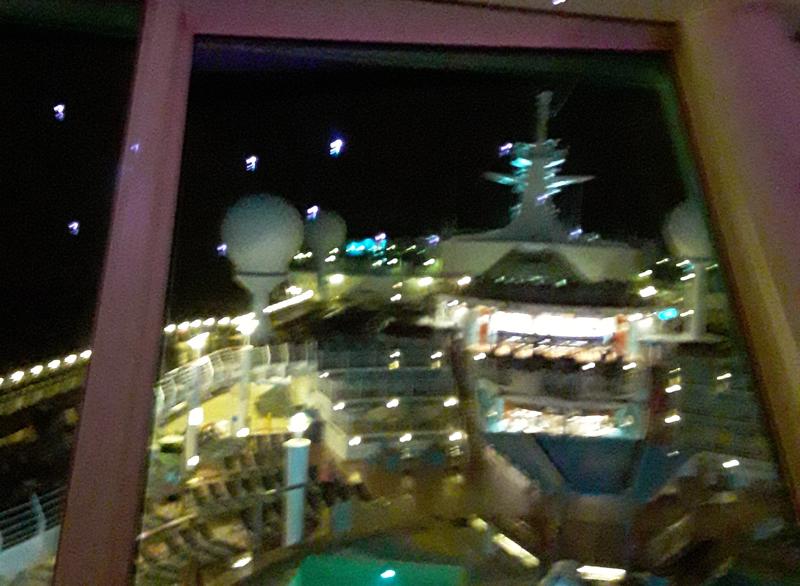 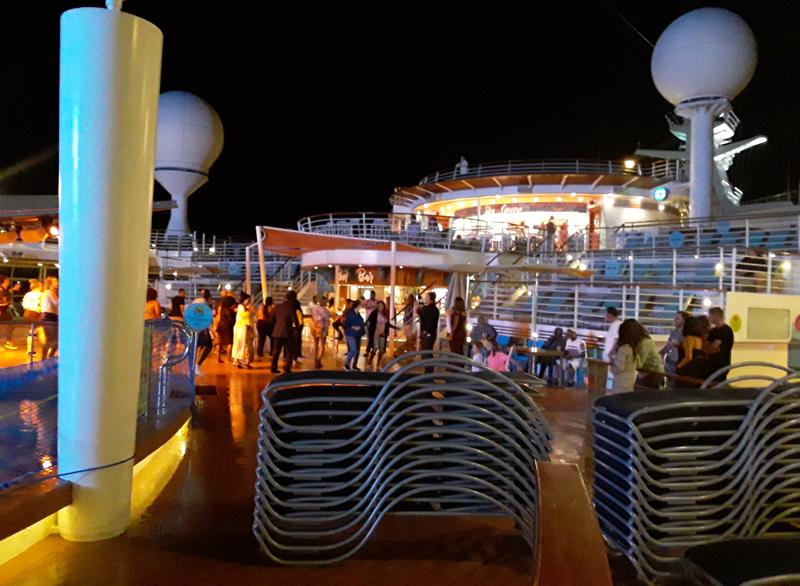 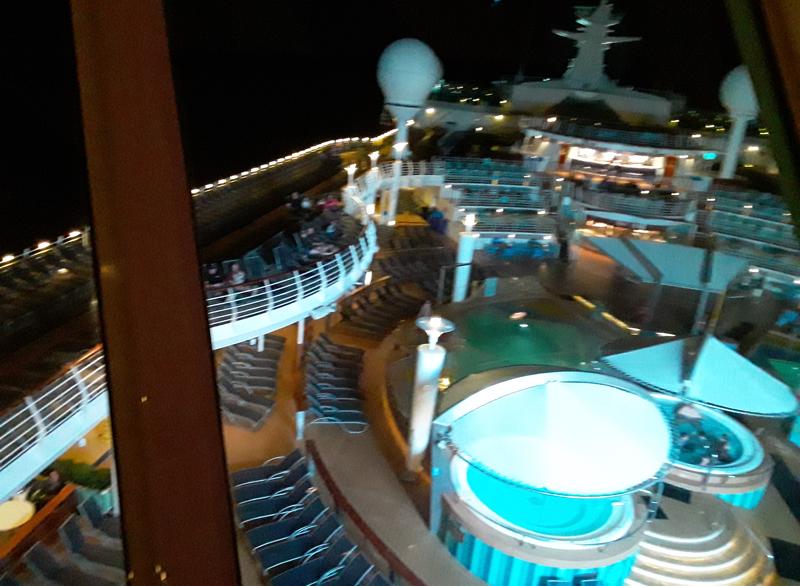 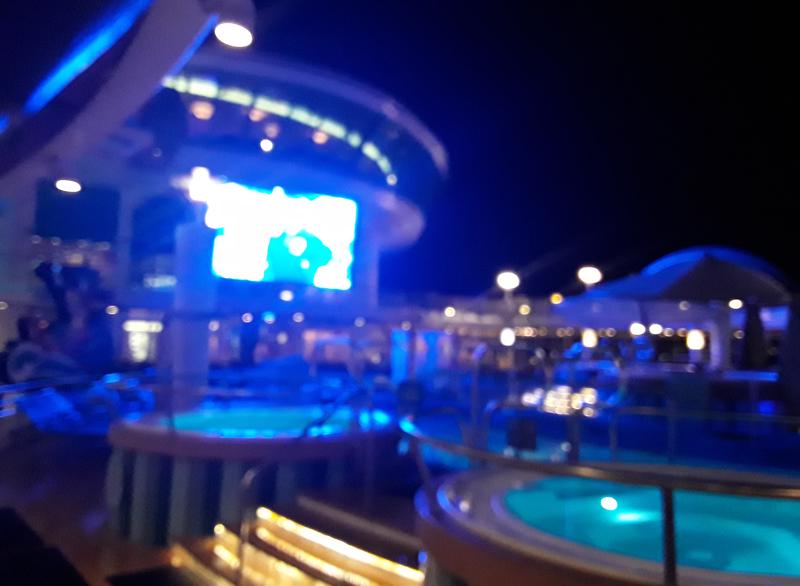