Highlights of the Great Ocean Road

Long white sandy beaches, mysterious rain forests, winding roads along the coast and gigantic rock formations rising from the sea. We visited the highlights of the Great Ocean Road in just one day! 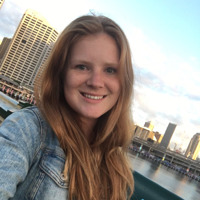 Surf the rough waves of Bells Beach, tear along the winding coastal roads and don’t forget the world famous Twelve Apostles. During a road trip along the Great Ocean Road, one highlight follows the other at lightning speed. There is so much to see on this beautiful route on the south coast of Australia that it is best to take several days for it.

But sometimes you don't have the luxury to reserve half of a week for a road trip. Australia is, after all, a huge country where so many beautiful things can be seen that you always run out of time. A day tour along the Great Ocean Road is ideal. In a long day, a tour guide takes you along the most important highlights. All you have to do is get in and enjoy the phenomenal views!

Our tour starts early in the morning in Melbourne. At seven o'clock we wait with a coffee to-go and sleepy eyes in front of Flinders Station on our Australian guide. He arrives in a small white van. We get in, close our eyes a little while we are leaving Melbourne and not much later we’re already at our first stop of the day. The Great Ocean Road starts in the village of Torquay where a wooden archway over the road indicates the start of the route. We quickly get out to record this official start of the Great Ocean Road with our cameras. 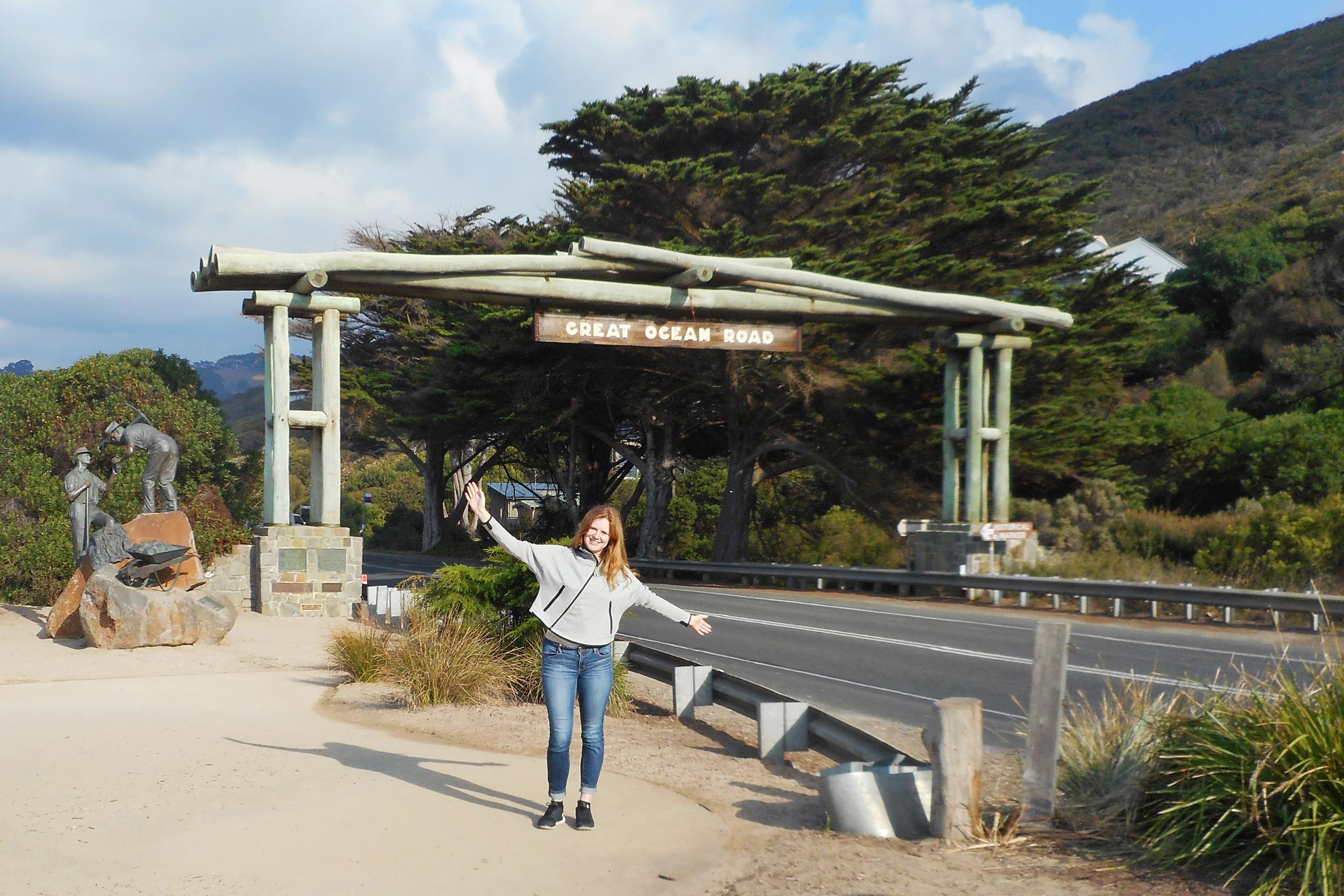 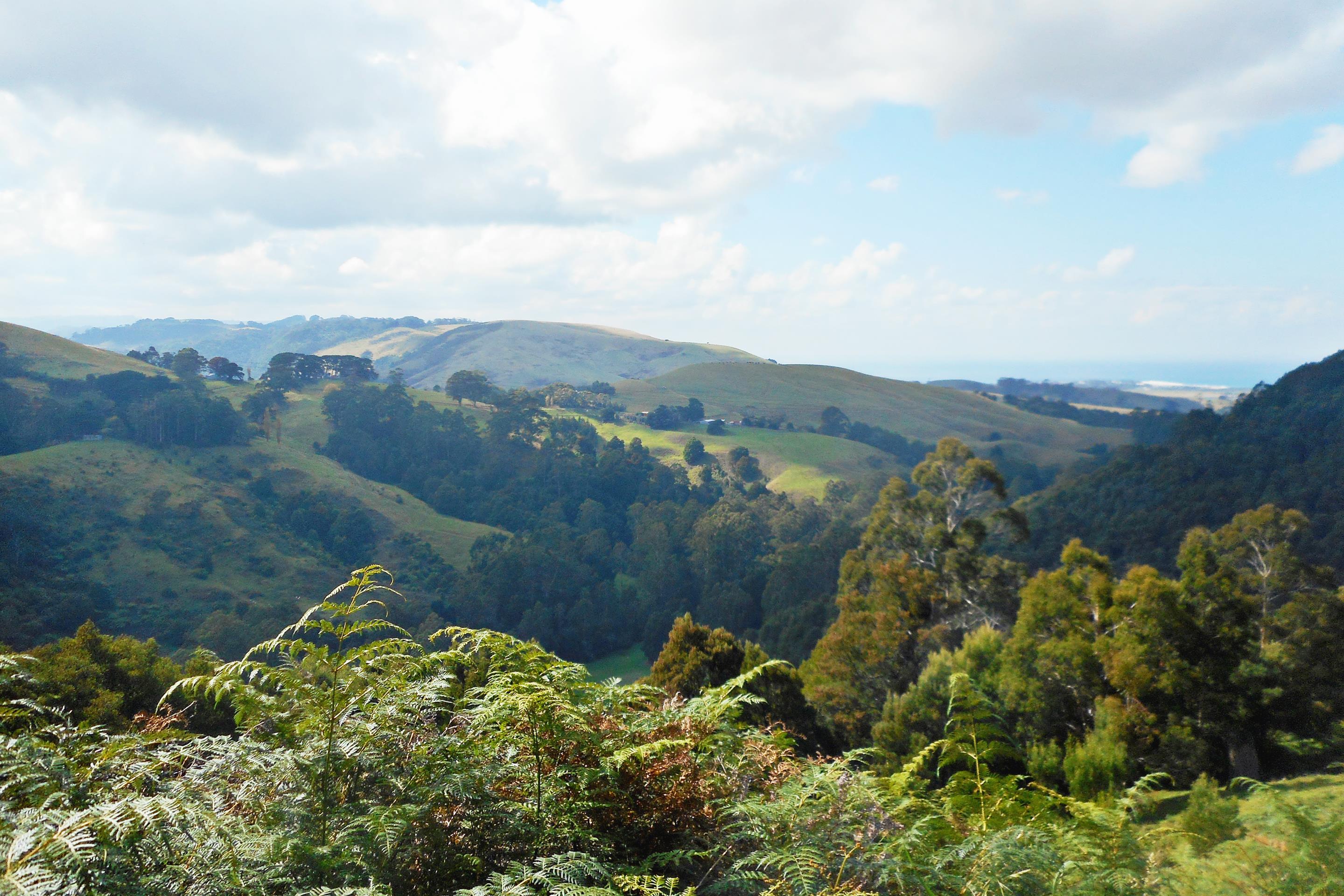 We drive further and enjoy the beautiful views along the route. The white beaches and the azure blue sea, but also the green hills on the other side of the road. Halfway through the morning we stop at a beach for a short coffee break. We watch the Australian surfers tackle the waves and, in the meantime, enjoy a piece of lamington cake: a typical Australian coffee cookie. However, there is not much time to rest, because we still have a full program. While the driver skillfully navigates the van over the winding roads and sharp turns, he tells us everything about the area we are driving through. 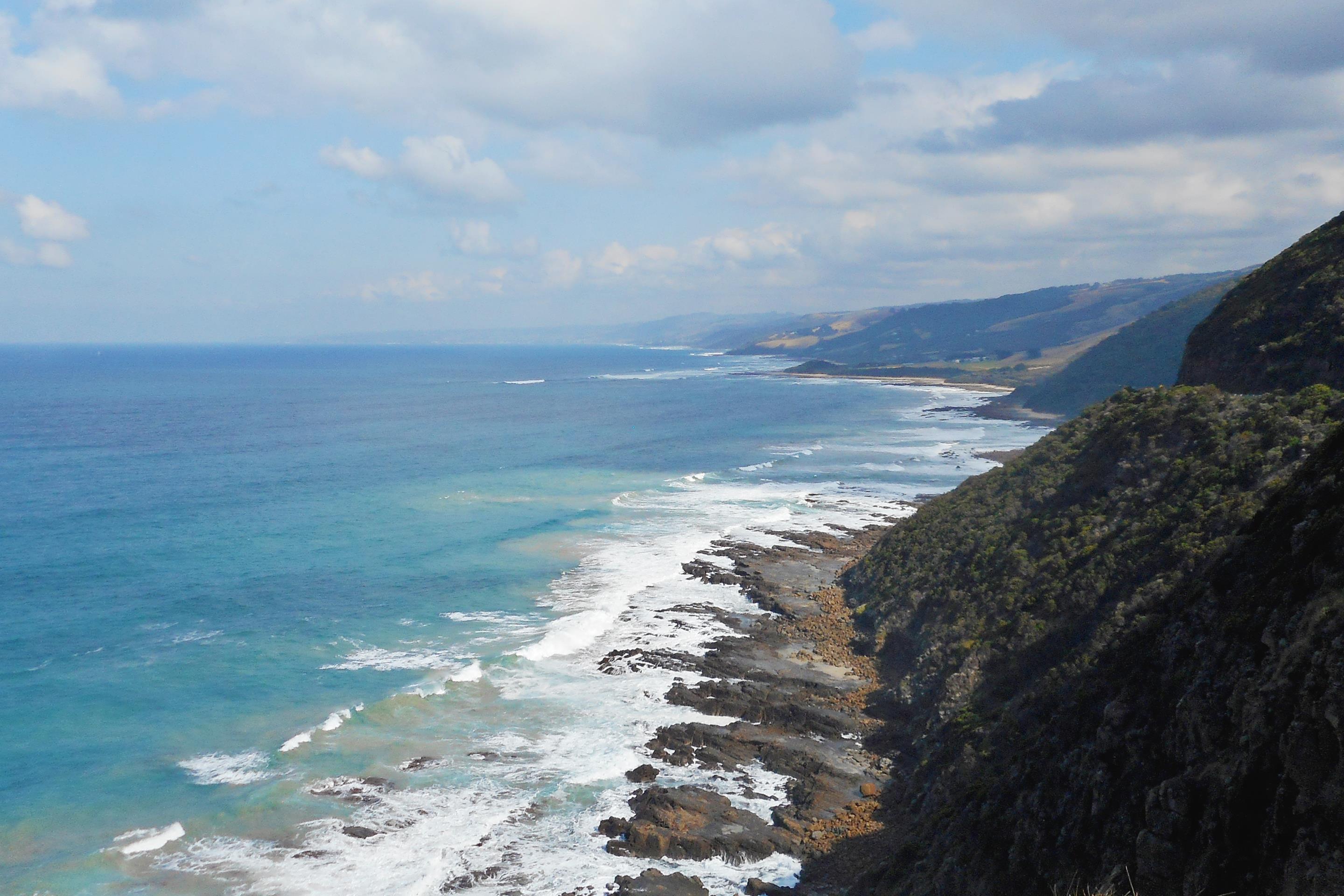 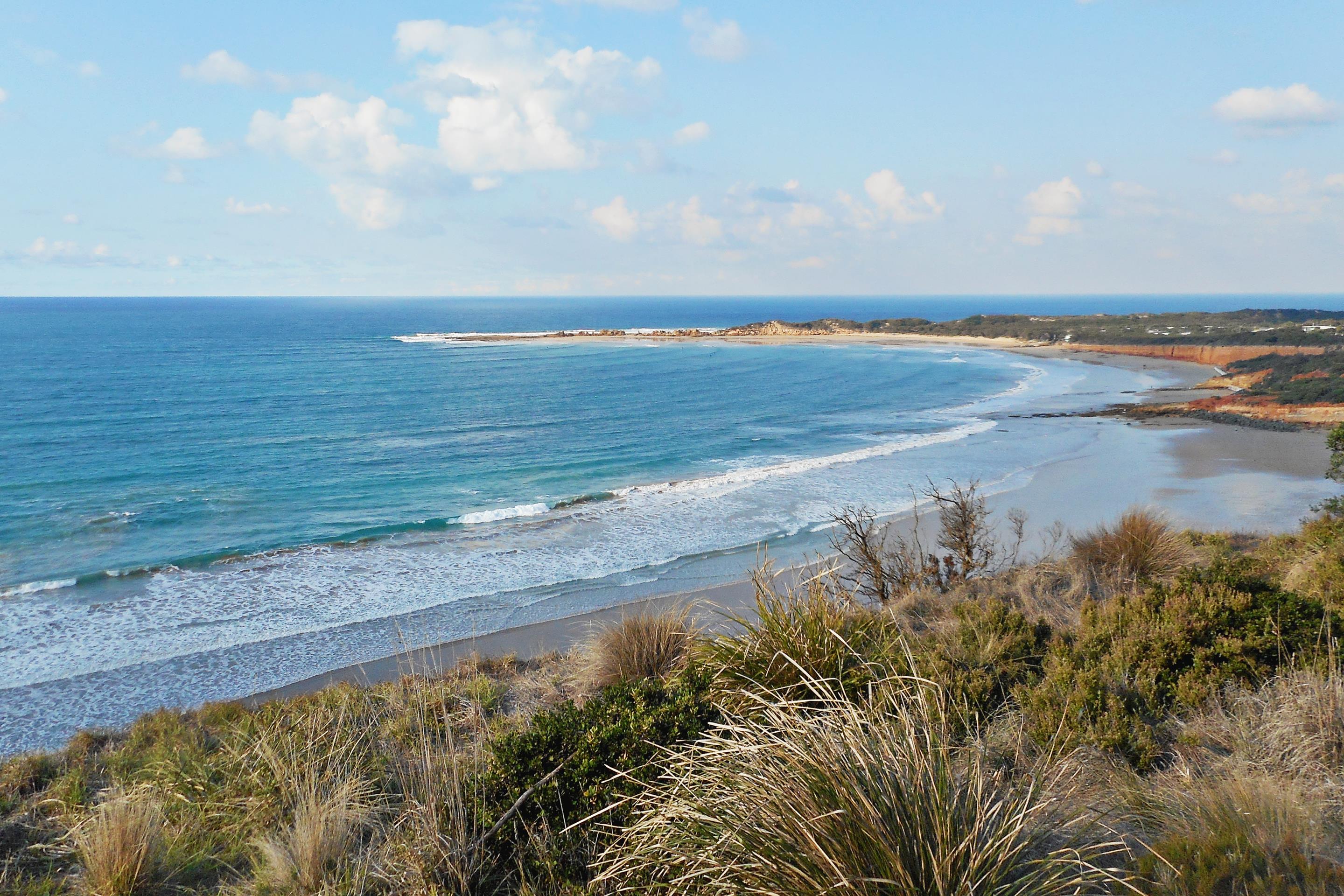 Occasionally we get off at a nice viewpoint or a place of interest for a short photo moment. We walk through a dense rainforest, see the London Bridge - a natural bridge that has collapsed in the middle - and the beach that lies between the rocks of Loch and Gorge. But the highlight of the day and the reason that many tourists visit the Great Ocean Road are not reached until the end of the afternoon, when we finally see the Twelve Apostles. 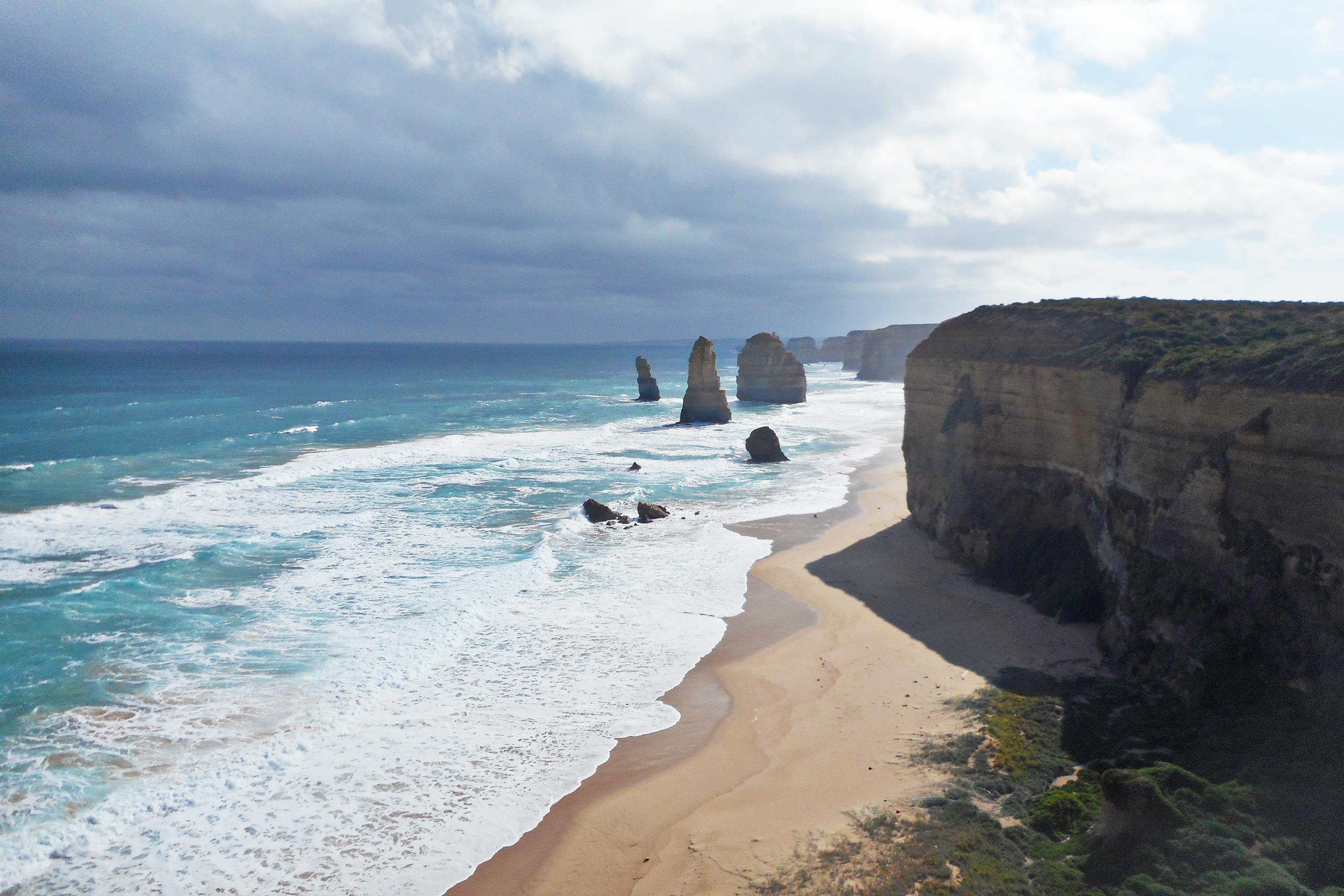 Eight gigantic boulders – there were never twelve – rise from the ocean. A spectacular view where you can take photos that belong on a postcard. Unfortunately, you are far from being the only one to admire these famous rocks. Among the hundreds of tourists it is a struggle for the best place. As quiet as the Twelve Apostles often look on photos, it really isn't. Yet it is a highlight on a wonderful day trip along one of the most beautiful car routes in Australia. 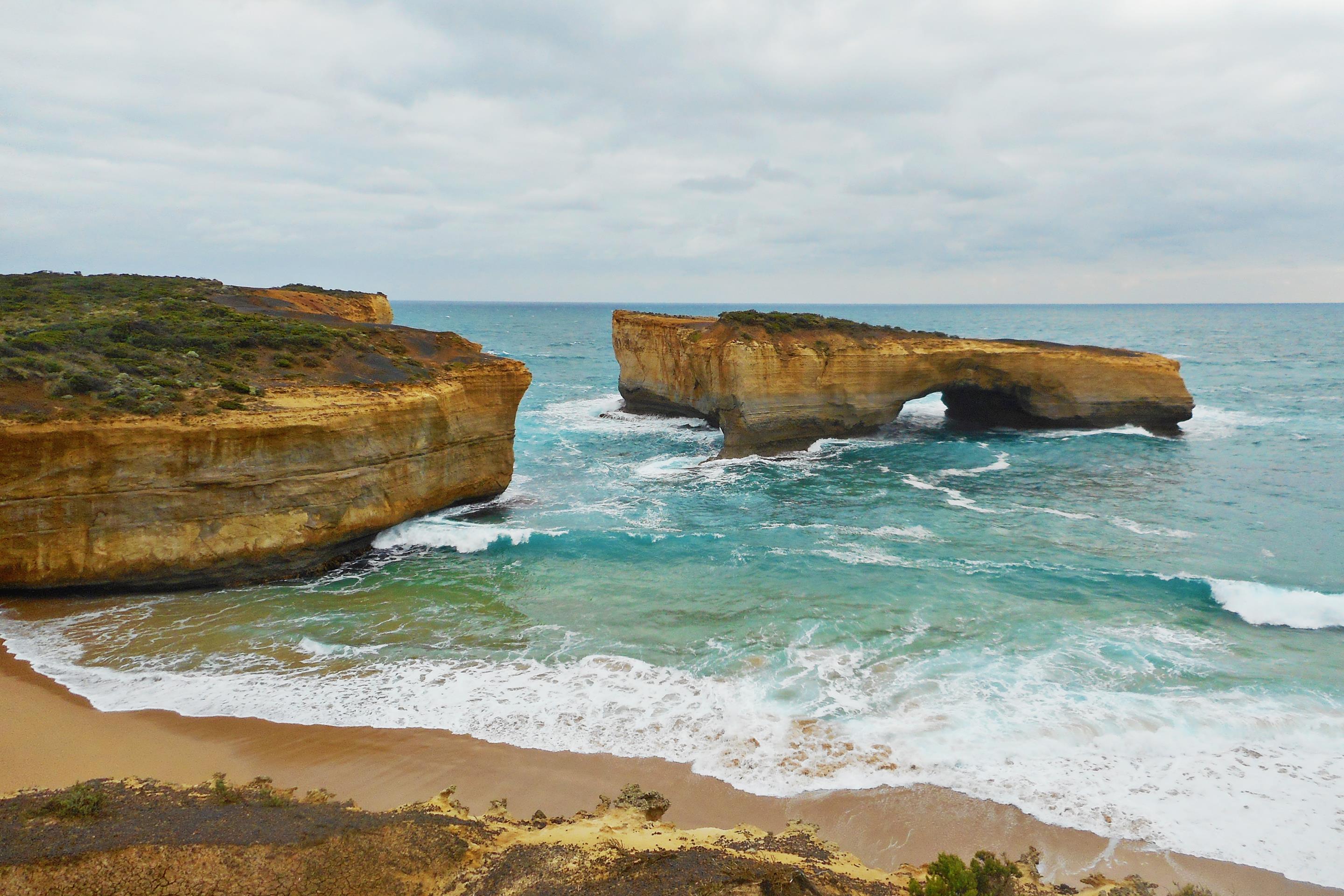 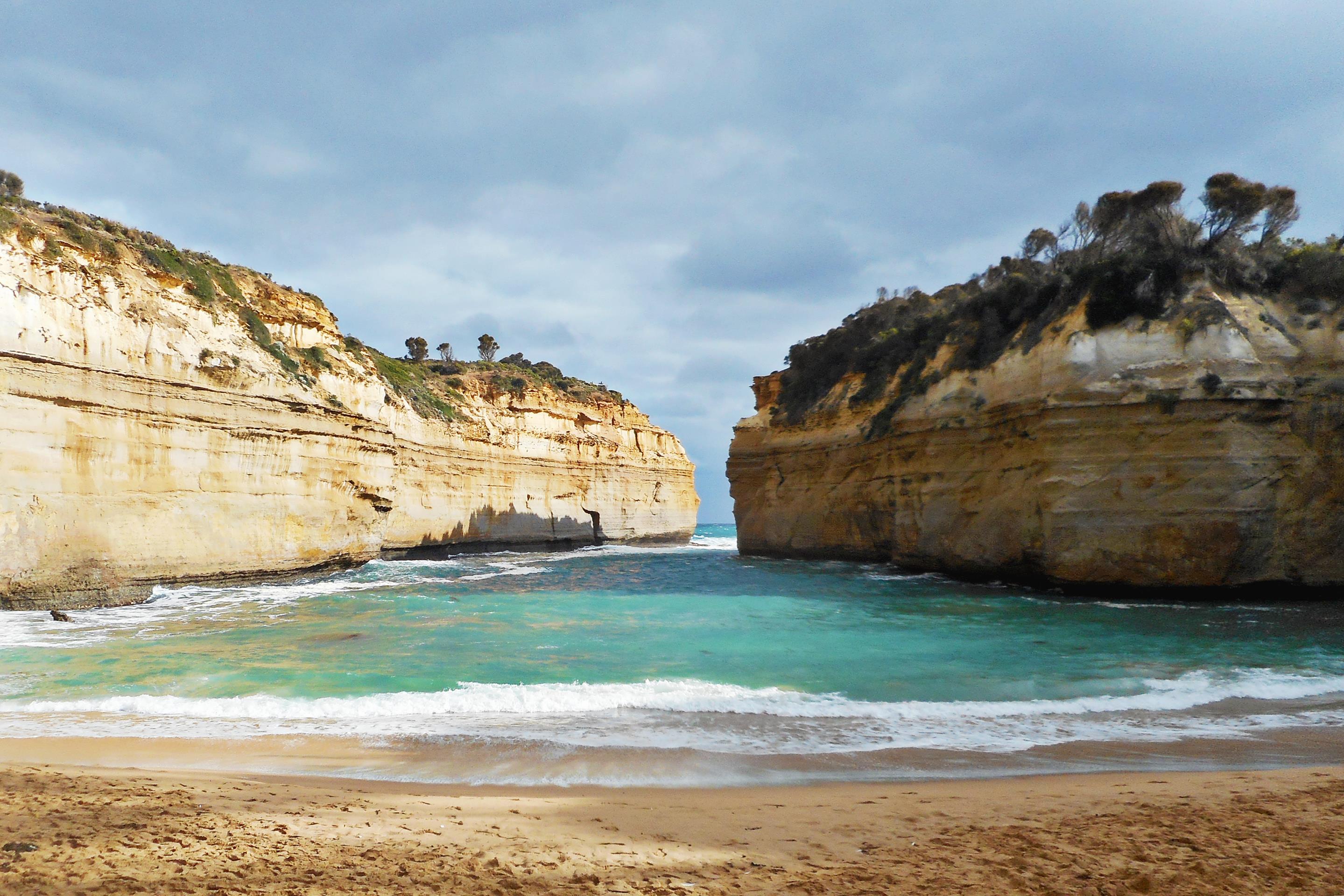 From the Twelve Apostles it is about a three-hour drive back to Melbourne. With cameras and telephones full of photos and memories we get off the bus again at Flinders Station. Just in time to dive into Melbourne's nightlife and drink a cocktail at one of the city's many rooftop bars. Cheers to another beautiful day in Australia! 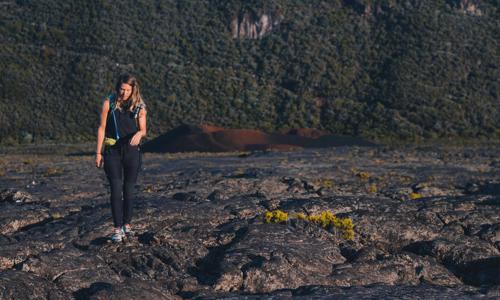